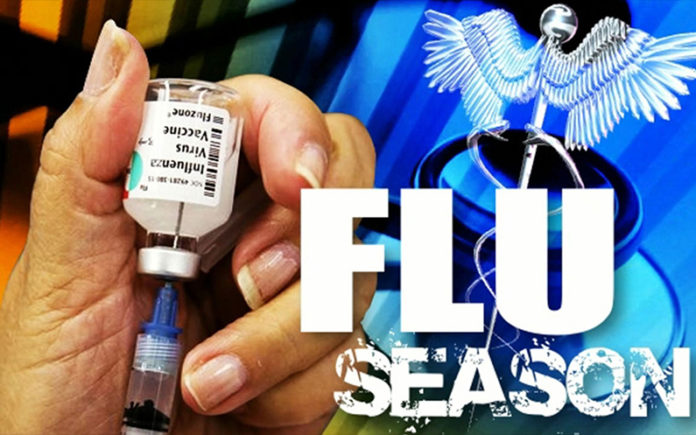 A number of flu patients remain in serious condition due to complications. Since reports of a number of persons dying from the flu and complications, there is an increase of 100s of percent in citizens getting vaccinated. It is pointed out that while there was alarm last week when the death toll from the flu this year reached 11, it is Baruch Hashem far less than the same time last year, when that number reached 17 R”L.

What is different this year is the growing number of people admitted to hospitals in serious condition. This year there are current 98 as compared to 45 in 2018. According to the latest Ministry of Health data, the percentage of citizens vaccinated to date this year stands at only 16%.

All of the nation’s kupot cholim (HMOs) have vaccinations, and one does not require a doctor’s appointment, but one can come to a nurse’s station during operating hours and receive the vaccination free of charge. The strain of flu in 53% of patients this year is A/H1N1, described as particularly difficult.

The experts warn, “This flu is not a winter cold, and a vaccination can prevent hospitalization in many cases. All the deaths to date were preventable. The public must vaccinate, especially the infants from 6-months-old, the elderly, pregnant women, and of course healthcare workers. This will protect them and their environment. One must remember, for a pregnant woman, the vaccine also protects the fetus”.

Walla News quotes Mali Kusha, the director of the nursing department for Kupat Cholim Meuchedet explaining the vaccine itself does not cause illness as anti-vaxxers would have us believe. She insists if one takes ill after receiving a vaccination, it is not due to the vaccination, which begins working about two weeks after receiving it. The vaccine’s effectiveness differs according to one’s age, and in 60% of those vaccinating prevents any complications from the flu from occurring and vaccinating can save lives.

Kusha adds that everyone should be vaccinated and IDF soldiers must seek the service in their base or via the IDF healthcare system.

Kusha states in the past three days, there has been a 400% increase in the number of people asking to be vaccinated. On last Thursday, her HMO vaccinated 12,000 persons. She believes the percentage of vaccinated Israelis today has risen to over 16%.

In the meantime, it was reported on motzei Shabbos that there is an improvement in the condition of the 26-year-old mother from the center of the country was admitted in “very serious” condition in Tel Hashomer Hospital with the flu. B’chasdei Hashem, she has regained consciousness and her condition appears to be improving.

The hospital reports the young mother, who just gave birth, remains in an intensive care unit however after this, her second birth, and B’chasdei Hashem the baby is healthy, and she saw her new son before she had to be sedated and intubated. Now however, her condition continues to improve. It is reported the young mom has no underlying health issues and she was not vaccinated.

In Bnei Brak, a 9-year-old boy who contracted the flu was transported to Tel Hashomer Hospital on Friday night in serious condition. He was sedated and intubated. It is an only son in the family born after many years of marriage. His parents and family members remain at his bedside, calling on the tzibur to be mispallel for Avraham ben Gila for a refuah shleima bsoch cholei yisrael.

According to estimates, the supply of vaccinations in Israel will have been exhausted by the end of this week while there will be 7 million Israelis who did not get vaccinated. Over 100 people have been hospitalized and listed in serious condition this year to date. 11 have died R”L.

According to an Israel News12 report, senior medical community experts labeled this year’s strain of flu as “especially dangerous and aggressive”.