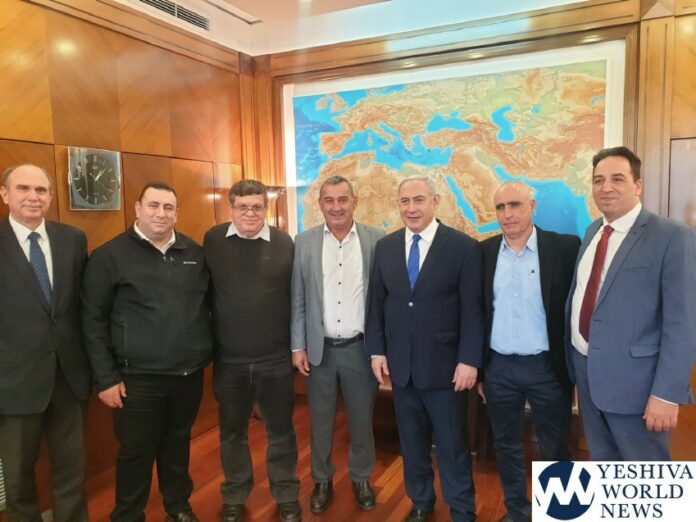 The Cabinet, at its weekly meeting on Sunday, approved the proposal of Prime Minister Binyamin Netanyahu, Regional Cooperation Minister Tzachi Hanegbi, Finance Minister Moshe Kahlon and Interior Minister Aryeh Deri to invest over NIS 200 million in a plan to develop and strengthen the Druze and Circassian communities in 2020.

Prime Minister Netanyahu at the meeting with the council heads: “Today, at the Cabinet meeting, we – together with Minister Hanegbi – passed the decision on the continuation of the development plan in the Druze sector. This is now bridging funds ahead of the resumption of the five-year plan that has brought so much blessing and will yet bring more.”

The plan is a continuation of the Government’s 1 October 2016 decision on the development and strengthening of the Druze and Circassian communities for 2016-2019, worth approximately NIS 2.2 billion. The bridging plan seeks to preserve the main points of the October 2016 decision and the plan’s many achievements in various fields.

The decision provides an immediate response to the communities’ urgent needs, including – inter alia – preventing the dismissal of workers, allocating resources and continuing to advance the development plans. The plan will lead to the strengthening of the local authorities and aid the activity of the socio-economic development authority in these communities, which is responsible for implementing the plan as the operational arm of the Regional Cooperation Ministry.

In recent years, the authority has acted to implement the plan and advance and strengthen the Druze and Circassian populations in – inter alia – education, infrastructures, society, employment and recreation, and to improve both the oversight and control process vis-a-vis the various government ministries as well as the degree of transparency regarding government action as per the decisions designated for dealing with these communities. The plan will now facilitate the maintenance of operational continuity and preparation for the continuation of the multi-year (2020-2024) plan for the development of these communities.