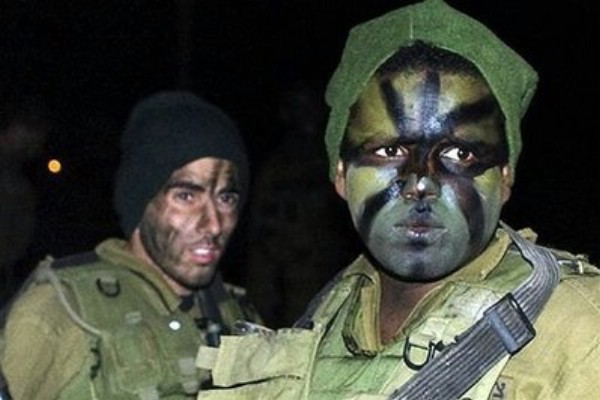 On last Monday, Captain Refael Cohen was being operated on. Outside, his wife (Yael) and mother (Dina) were reciting tehillim as they waited and cried, praying the operation would be successful. Baruch Hashem, their prayers were answered and Cohen, a company commander in Golani, was listed out of life-threatening danger in Soroka Hospital in Beersheva.

This was not Cohen’s first miracle, family members explained. Cohen, 26, from Ashdod, the father of two, was called a number of days ago by Yael. He was making final preparations to take his soldiers into Gaza when she called. “A rocket hit our building” she screamed. “I was outside. I went to the bank. The children are home with my mother”.

Cohen immediately headed home only to learn the eight-story building in which they live sustained a direct hit in a Katyusha rocket attack. His family had made it to the stairwell and Baruch Hashem; they were not injured in the attack that compelled 32 families to leave the building due to the extensive damage which compromised the structural integrity of the multi-dwelling building.

Rafi hugged his family, immediately realizing what could have been R”L. He made arrangements to relocate his family to his parent’s home. Rafi’s troops were among the first to enter Gaza, and he was seriously wounded and transported by chopper Soroka Medical Center.

He is now listed in stable condition, with a long road ahead, but his mother explains he is no longer in life-threatening danger. “I got my son back a second time,” Dina explained, expounding on an incident that occurred nine years ago.

“He mistakenly entered Tulkarem in his truck and they almost lynched him but he good out. It appears my Rafi has a malach (angel) looking out for him” stated his mom.