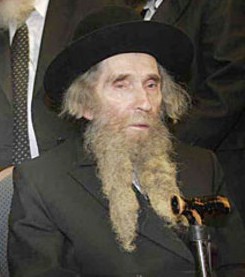 During a shiva visit of the rosh yeshiva of Toras Chaim, the matter of the elections was raised. Maran Rav Shteinman reportedly told the aveilim to go and vote, preferably during the evening hours, after shkiah (sunset).

When asked by members of the household, Chacham Ovadia Yosef Shlita responded that even during shiva, the mourners should adhere to the call of Gedolei Torah and vote. The Rav stated, “It is a big mitzvah for the aveilim to vote Shas during the shiva, as an aliyah for the neshama of the niftar,” adding when doing so, they should only wear their Yom Kippur shoes.

Earlier in the week, YWN published (HERE) a p’sak halacha of Rav Shlomo Aviner, who also stated one should vote even during the shiva.