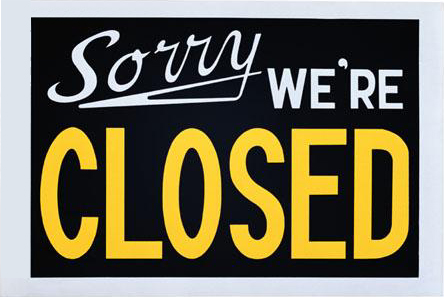 Attorney David Sprecher explains that “if this would occur in Belgium, it would be called anti-Semitism”.

Chabad shaliach R’ Yosef Kirsch explains Reform Jews are waging an all-out war against him and as a result, 100 children will not have a summer camp.

An elderly resident of the community of Tzur Hadassah (near Betar Illit) was running the Shorashim (Roots) Camp for children, most from non-frum homes, under the leadership of the community’s Chabad shaliach, Rav Kirsch, a son-in-law of Rav Lemel Cohen Shlita, a rav in Betar Illit.

Many parents come to the rav annually to make sure the camp will be operating, anxious to instill some yiddishkheit in their children since during the year, the children learn in a secular state public school in the community.

Opposing the camp is a member of the municipal council, Tzion Gabbai, who is an active member of the Reform Movement in Eretz Yisrael.

The daily HaMevaser interviewed Rav Kirsch, who explained that Gabbai has been working relentlessly towards shutting the camp, announcing to neighbors that the rabbi does not have the proper authorization to register children for the program. In addition, this year the rav was informed his camp could not use the local school building. He explains the building has 24 classrooms which is quite adequate for the two camps that have used the facility in past years.

The parents of children wishing to attend the Chabad camp took the matter to Justice Sobel of the Jerusalem Administrative Court, and his binding ruling stated the Chabad camp could use the building for 10 days but would have to find another location for the remaining days.

R’ Kirsch thought the battle was over but soon learned that Gabbai and his supporters were trying to obtain an order to shut the camp down, an order which arrived yesterday, Wednesday, signed by Moshe Dadon of the Yehuda Regional Council. The order states that since the camp does not have an operating license, it must be shut down. Kirsch points out that the second camp, which is permitted to use the building, does not have an operating license either.

Kirsch explains that he was told the other camp does not need a license since it is a continuation of the school program. Ironically he adds, he submitted all the necessary paperwork towards receiving an operating license but his request was ignored. He further points out that summer camps that do not distribute food do not require a Health Ministry permit. Kirsch added that he and his supporters are returning to court in the hope of taking legal action against the Yehuda Regional Council.

Attorney Karni, who will be representing the camp, insists there are no legal grounds for prohibiting the camp from operating, or from issuing a business license. In addition, there is the issue of damages, with 100 families having paid NIS 800 each.

Community resident and attorney David Sprecher, whose son attends the Chabad camp, explains he is an immigrant from Belgium and he is appalled that such an incident can occur in Israel. He further explains that even as a non-frum Jew, this is no way to behave, explaining his son is entering his third year in the camp, which he really enjoys, as well as learning about his Jewish roots.

A community meeting is set for Thursday at 8:30pm, at which times calls to “end the anti-Semitism” will be heard.

Hearing of the matter on Wednesday, Deputy Minister of Education R’ Meir Porush stated he will use the full weight of his office to assist R’ Kirsch and to make sure the responsible parties are made aware of the law and held them responsible for their actions.