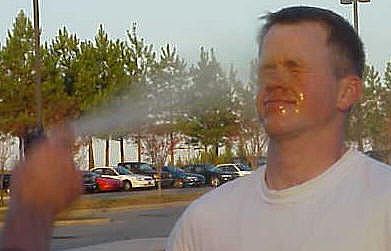 One avreich in the Ashdod Gur community has come up with a unique response to the increasing threats from delinquent youths in the area on shabbos – prompting him to sell teargas.

According to a report appearing in the weekly Belz-affiliated BaKehilla newspaper, the city’s Rav of the Gur Kehillah, HaGaon HaRav S.D. Gross, has approved carrying teargas on shabbos for self-defense purposes, only to be used for “pikuach nefesh”.  According to the avreich, the product he is selling has also been approved by Israel Police.

Sale of the teargas will take place on this coming Friday, January 15, 2010, to those who participate in a short demonstration and explanation as to the proper and safe use of the product, as per the conditions set forth by Rav Gross. The instruction will include the logistical use as well as hilchos shabbos.