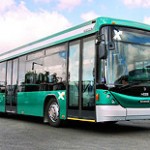 Israel Radio Reshet Bet news magazine host Keren Orbach on Tuesday morning hosted a number of guests to comment on the controversial mehadrin bus lines, the compelled separate seating on public bus lines in chareidi areas with men in the front and women seated in the rear.

Har Nof resident Zahava Fisher told Israel Radio Reshet Bet host Keren Orbach she got onto a mehadrin line, sitting towards the front because “I don’t accept this decision to seat women in the rear”.

Orbach explains she is in her 60s, and a chareidi man approached her and instructed her to sit in the rear because it is a mehadrin line. “I told him I will not” and he responded “you are a fool”. She expressed an inability to understand how a significantly younger person is capable of just calling another “a fool” without hesitation, questioning what this represents regarding such people.

Orbach told Israel Radio that there is a famous p’sak from R’ Moshe zt”l that one can indeed travel on mixed public transport and those unable to endure this should remain home.

Fisher believes much of the drive behind the mehadrin buses is part of an effort to “elevate the status of men at the expense of women,” giving other examples, such as the fact in the frum world [in Israel] the name of a woman does not appear on an invitation to a simcha, just the man “and his wife”, another effort to make the women disappear she feels.

Fisher added she knows many women who are opposed, but they are compelled by their husbands or threaten the stability of their marriage. “Rabbi Rubin of Har Nof supports me and one can check with him” she concluded, a statement that elicited the ire of Rabbi Shimon Stern, who rejected the accuracy of her remark.

Avishai Ben-Chaim, a correspondent on chareidi affairs believes that at times, criteria are set forth based on the extreme, and perhaps this is the case here, and not only that, it is done with the approval and assistance from government agencies.

The chareidi leaders are using the government and public agencies to educate their constituents, somewhat bizarre he believes.

As a result, at the Kosel for example, photos of women may not be displayed, since they are trying to influence the public sector with their lifestyle. There is no doubt at some point; they will separate men and women at entrances to the Old City as they continue seeking to spread their influence.

R’ Shimon Stern, a spokesman of the Rabbinical Transportation Committee feels the opposition is true, explaining the secular committee seeks to impose its ways on the chareidim. Unlike the popular perception, cooperation from Egged and others is minimal and the vaad is constantly battling to implement its mehadrin lines, met with much resistance he explained.

Orbach: Correct you seek tznius, but there are hot days and there is reality, and what is the limit? Can you dictate how women dress?

R’ Stern added that statements that 95% of the chareidi community lives under terror are simply untrue and intended to paint a certain negative image in the public’s mind.

Orbach: When non frum get on the buses, then they are compelled to act a certain way which is not their way.

Stern: A woman who endured an unpleasant situation on a mehadrin line that does not justify outlawing all the lines, which are generally run without incident, serving commuters nationwide. There are 1,300 mehadrin trips daily, over 5 million annually, and how many result in incidents… the quote of R’ Moshe’s p’sak is simply out of context and Fisher and those working with her seek to present a picture based on untruths and slanderous at times.

We do not operate discriminatory practices. The mehadrin lines as the result of the community’s wishes. Just as the general public should not compel the chareidim to accept their lifestyle, we ask the same, nothing more.

Orbach – we can never really know what the chareidi women think since we know they cannot speak out for if they do, face the consequences. What if a woman boards a bus and sits in the front.

R’ Stern: no one has the right to assault others and while the woman may be asked to move, she can refuse and it should end here.

Ben-Chaim: Why not permit women in front and men in back?

Stern: We told the public committee we are fine with this for as long as there is a curtain behind the women’s section to hide them from the men’s view.

Fisher: Now you cannot even see the backs of the necks of the women!