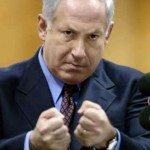 Addressing a forum of the Israel Manufacturers Association on Thursday, Prime Minister Binyamin Netanyahu explained Israel’s success is at the root of the problem, explaining the economic prosperity enjoyed in Israel is an enticement for infiltrators, primarily from Africa, who continue to cross the border from Egypt illegally seeking better economic future.

Mr. Netanyahu keenly pointed out that Israel faces a true dilemma, a modern country that refugees from third world countries can access by foot, making the Jewish state an attractive target for the growing number of illegals who cross the border. The prime minister explained that this is evident to all who visit southern Tel Aviv or Arad today, seeing the growing number of African workers.

Compounding the problem is the fact that there are many willing to employ the illegals, taking advantage of their status, paying them Third World wages, driving down the labor market and ultimately, hurting the national economy.

The prime minister vowed his administration would be getting tougher with such employers, using the full weight of the law against them to halt the alarming and destructive trend.

This is a major contributory factor for the administration’s decision to construct a high-tech fence along the Egyptian border, seeking to prevent the hundreds of illegals who cross into Israel weekly.

Leftists in Israel and Amnesty International were quick to attack the prime minister, blaming Israel for its poor treatment of the illegals. Amnesty added the number of African illegals employed in Israel is not more than 50,000, seeking to dilute the credibility of the prime minister’s statements.

In a related matter, two Eritrean citizens were indicted in the Jerusalem’s Magistrate’s Court on Thursday, facing charges of extorting money from family members of illegals trying to cross into Israel who they abducted and held for ransom. According to authorities, they abused some of the detainees and threatened to kill them if the ransom funds were not paid by family members already in Israel.