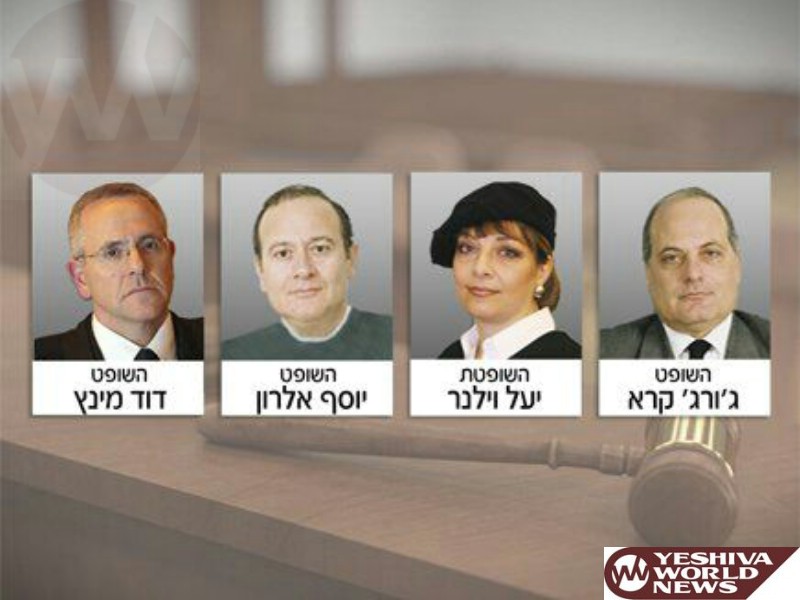 Many are smiling in Israel today as many are not, for the four new justices appointed to the Israeli court system are a far cry from the liberal left-wing justices which are all too often tapped for such slots. However, Justice Minister (Bayit Yehudi) Ayelet Shaked succeeded in introducing a shift in the face of the judicial political system as three of the four are viewed as conservatives.

Interestingly, the Supreme Court Justices on the appointments committee backed Kara from the onset but only after a long difficult process did Shaked get sufficient support for the other three.

Justice Mintz, originally from Britain, is a resident of Yishuv Dolev in the Binyamin Regional Council of Shomron and has semicha from the Chief Rabbinate of Israel.

Justice Willner is also Shomer Shabbos and she is known for specializing in civil law.

Justice Kara is a member of the Christian Arab community and was born in Jaffa. He specializes in criminal law.

Justice Elron was backed by the Israel Bar Association as well, which has two seats on the appointments committee. His critics explain he has issues with getting along with others and while serving as President of the Haifa District Court, a number of employees left.

Shaked is lauded for her relentless efforts to bring in a number of conservatives to Israel’s otherwise liberal judicial system.