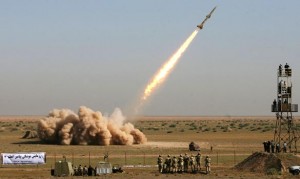 According to the FARS News Agency, Iran’s Armed Forces Chief of Staff Major General Hassan Firouzabadi announced Iran’s armed forces are not concerned over a possible American attack against Iran, stating the nation’s forces have been waiting for a long time to destroy US forces.

“First we should wait and see whether they (enemies) are able to take such a move (attack on Iran) or not since we have been prepared to destroy the US forces and equipments in the region for the last 10 years,” Firouzabadi told reporters on the sidelines of an international conference on nuclear disarmament here in Tehran on Saturday.

“As I have already announced, if the US attacks Iran, none of its soldiers will go back home alive,” the commander went on saying.