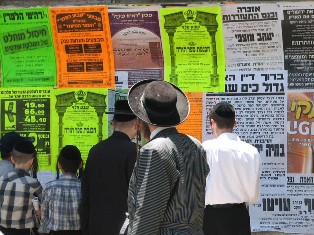 A number of rabbonim have sent a letter to Barzilai Hospital administrators warning that if they move ahead with plans to exhume bones from a proposed building site to construct a fortified emergency room, the area’s chareidi community will be compelled to launch a boycott against the hospital.

Yisrael HaYom reports the letter was signed by prominent rabbonim in the Ashdod area, threatening women giving birth will be instructed to boycott the hospital. The letter states there is a sizable chareidi community in Ashdod, which uses the hospital’s maternity facilities, but a boycott will be launched if the hospital insists on moving ahead with the project at the original site. “There is simply no reason for us to continue supporting a hospital that operates contrary to our rabbonim” the letter adds.

Hospital officials responded, explaining in a democratic society, women have the option to select whatever medical facility they wish to give birth, both Kol Chai Radio and Yisrael HaYom report.

YWN-Israel has not been successful in obtaining the names of the rabbonim who signed the letter by publication time.