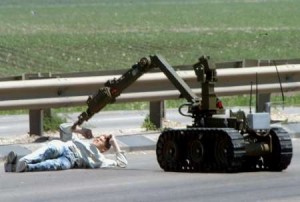 To most people there, it was a sophisticated, technologically advanced response to a looming catastrophe. But the police reaction to the report of a car bomb in Times Square on Saturday night was more than a century in the making, drawing on the expertise of a unit that has seen its share of lean times over the years, and tragedies.

A robot that looked like a moon rover was the latest issue, and an officer wore the most advanced Kevlar suit. Both were used after the authorities learned of a box with smoke pouring from it in the back of a Nissan Pathfinder sport utility vehicle parked on West 45th Street.

After the 9/11 attacks, the Police Department’s Bomb Squad came to be seen as the vanguard of the city’s terror response. On Saturday night, in its highest-profile test since then, they responded with flying colors, according to the unit commander, Lt. Mark Torre. They had been preparing for decades.