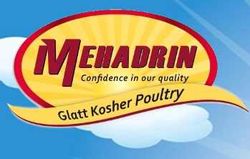 The news that Mehadrin Poultry in Birdsboro PA closed its doors earlier this month is creating some uncertainty about the supply of kosher birds for this coming Rosh Hashanah. While the plant was said to have slaughtered nearly 140,000 chickens per week, KosherToday has learned that the market could actually comfortably thrive with as little as 50,000 of those chickens, a number that can easily be filled by such existing kosher poultry plants as Empire in Mifflintown PA, Kiryas Joel Poultry in Monroe NY, AgriStar in Postville IA and Marvid Poultry in Montreal as well as several other smaller slaughterhouses.

The effect on consumers could be significantly higher prices come Rosh Hashanah, particularly since the drought has caused commodity prices for feed such as corn to soar by nearly 23% in 2012. One leading kosher source said that the industry “will not necessarily feel the loss of Mehadrin since you might say that there was somewhat of an oversupply and this will cause a ‘market correction’.”

Ever since its founding in 2008, Mehadrin Poultry has experienced a number of problems, including financial. Sources say that while it managed to attract a group of initial investors, the company was constantly experiencing financial difficulty, this despite the fact that it was the only US plant that was certified by the CRC, the Central Rabbinical Congress, associated with the Satmar group in Williamsburg. In 2009, the plant closed temporarily due to extensive damage from a fire. With the proceeds from insurance, the plant was significantly upgraded but in 2010 it was fined $20,000 for discharging waste into a tributary of a nearby river.

The closure of Mehadrin may spell the end for the Vineland label. It will mean that the only “mehadrin” poultry for the Satmar group in Williamsburg will come from Marvid Poultry in Montreal. It may in fact cause a major reshuffling in the kosher poultry industry and in the short term may affect retail prices.In 2011, the company acquired Vineland Poultry that closed its doors after 35 years of operations in Upstate New York. Mehadrin continued to produce chickens under the Vineland label. On March 14, 2012, the company filed for Chapter 7 and has been looking for new investors for an infusion of capital for awhile. Even with the latest developments, some sources close to Mehadrin management say that they are still looking for a way to reopen the plant.