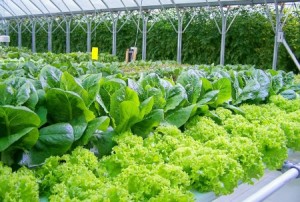 While Americans were reeling from a kosher meat scandal in Los Angeles where a glatt kosher market was found to sell non-kosher meat, Israelis were in the midst of a bug-free vegetables scandal. The Chief Rabbinate discovered that products sold in bags as bug-free actually were not free of insects.

The Ilan Shivuk Bekirur Company was found to have fraudulently used bags from another company that did properly wash the vegetables and complied with maasser (tithe) laws. Chief Rabbi Shlomo Amar said in November that eating “bug-free” leafy vegetables poses a health risk due to the increased use of pesticides. Amar issued a halachic ruling following lab tests conducted on such crops, in which he recommends that the public purchase regular leafy vegetables and clean them “in the old-fashioned way.”

Kashrus experts in this country have stepped up their education for checking for bugs in vegetables at home. Mashgichim in food establishments can often be seen doing the painstaking work of checking every leaf before allowing a chef to use vegetables. Kashrus agencies have produced DVD’s, videos and manuals to help ordinary kashrus observant homes check vegetables for bugs. One company, Kosher Innovations, which produces such products as Shabbos Lamps, also market a bug-checker.

Rabbi Amar appeared to be concerned that kashrus observing Israelis had become complacent about the bugs issue when the Gush Katif greenhouses guaranteed bug-free vegetables. Kashrus officials in the US are also concerned that packaging that assures that vegetables are bug-free may actually contain bugs. The officials say that in spot checks they have found bugs even when the packaging says “pre-washed,” which is why they recommend routine checking and washing of all vegetables.