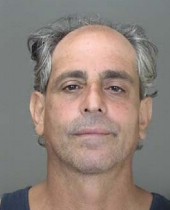 Rockland County District Attorney Thomas P. Zugibe has announced that Paul Rizzo was convicted of assaulting the security guard at a Kosher supermarket.

On August 10, 2012, at approximately 1:47 p.m., Rizzo used a baseball bat to attack the security officer at the Rockland Kosher Supermarket on Orchard Street in Monsey. The victim suffered injuries to his left arm during the violent assault.

The defendant is facing a maximum of 3 ½ to seven years in state prison when sentenced on September 30, 2013.

Rizzo is a career criminal with three prior felony convictions.