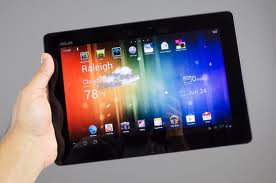 New York, NY – City Council Speaker Christine C. Quinn today presented a series of proposals for improving New York City’s schools. The Speaker’s proposals were part of a bold four-point strategy that will seek to build on positive changes in public education while fixing what isn’t currently working in schools. She announced plans to implement a number of forward-thinking policies and ideas, including:

Speaker Quinn’s proposals were presented in a speech delivered at the New School, hosted by Clara Hemphill, the founder of Insideschools.org and editor for the Center for New York City Affairs.

Best Practices, Better Schools
Recognizing that New York City has a great number of successful schools, Speaker Quinn proposed seeking new ways of using their success to improve other schools citywide. Under the Speaker’s proposal, a Systemwide Success Study will identify successful practices from the city’s best-performing schools. The city will then work with schools, students, families, and communities to implement them in schools that need extra support.

Red Alert System for Struggling Schools
Speaker Quinn also proposed taking action to help struggling schools well before they fail. The Speaker presented a new “red alert” system in which schools in danger of failing are identified years before they’re slated to close and are provided the help and support they need in order to improve.

Mentor Teacher Program
In order to help ensure the city’s classrooms are staffed by the best teachers possible, the Speaker proposed the creation of a new program that will allow some of the city’s best educators to leave the classroom for two years and serve as mentors to help train, guide and teach the newest teachers in the city.

Parents Matter
Speaker Quinn’s speech outlined steps the city can take to recognize parents as true partners in their children’s education. By providing parents with additional tools and by engaging them in important ways, the system will be one where learning continues in every home and students have significantly more support.

“Parents are the single most important factor in a child’s development. Yet too often we treat them as an afterthought.  Three decades of research has shown that engaging families leads to better attendance, higher grades and test scores, and improved behavior,” said Speaker Quinn

CompStat for Parent 311
Tracking data on the amount of time it takes for a family’s concerns to be resolved will provide transparency to an important system and let parents know their concerns are being heard and problems are being solved. Making this information public will provide even further accountability.

Parent University
A new online resource will provide concise, informative video courses on everything from developing school-readiness skills, to making the transition to middle school, to helping children get organized. Additionally, the Speaker announced an expansion of the College Readiness Initiative, which helps parents know what their children need to prepare for college and careers and keep them on track for success.

School Matching
Speaker Quinn announced a partnership with InsideSchools that will create a new online tool that will greatly simplify the school choice process by matching students with the best schools for their individual needs. Parents will simply enter basic information about their child’s academic history and what they’re looking for in a school, and will be provided with a list of schools that may be a good fit.

Learning 24/7
Recognizing the positive effects of extended learning time, Speaker Quinn presented her vision to increase the number of hours students spend in a structured education program, and use creative scheduling to make the best use out of all the hours in the school day.

Extended Learning Time
Speaker Quinn proposed extending learning time until 6pm, five days a week for the children in the 100 schools with the highest percentage of students who qualify for free or reduced price lunch.

Community Schools
The Community Schools model of education provides a more comprehensive approach to the educational system, and has achieved great success in other cities. By expanding this model in a coordinated, citywide effort, hundreds of service providers will reach countless more children in dozens of city neighborhoods.

Innovate to Educate
In order to truly prepare students for college and careers in the 21st century, Speaker Quinn noted, the City must create an innovative curriculum that goes beyond basic core classes. This requires re-examining the metrics of success and seeking new innovations in teaching.

“To prepare students for college and careers, we need an innovative curriculum that focuses on the needs of individual students. We need to start with the fundamentals, but we also need to recognize that the middle class jobs of the 21st century require more than just Math and English Language proficiency,” said Speaker Quinn.

Reduce the Emphasis on Testing
With a system that is so reliant on testing, students do not have time to learn all the skills they need to succeed in college and beyond. The Speaker called for the expanded use of portfolio assessments as an alternative to standardized testing. Additionally, she called for the immediate elimination of field testing.

Literacy Support
The Speaker also proposed the creation of the most intensive literacy support program in the country that focuses on starting strong through an integrated pre-k through 3rd grade approach, incorporating literacy instruction in all subject areas, and providing extra support for those students that need it.

Replace Textbooks with Tablets
Speaker Quinn proposed moving to a system of online textbooks by providing every student in New York City with a tablet. This will allow for teachers to incorporate videos and interactive multimedia assignments that better engage students, as well as provide a new way for teachers to share cutting edge teaching materials with their colleagues. This can be done for the same cost that is currently being spent on textbooks each year.

The proposals outlined are estimated to cost less than $300 million. Speaker Quinn said these initiatives can be funded by making better use of existing resources, like the $1.2 billion the Department of Education spends each year on contracts and consultants.