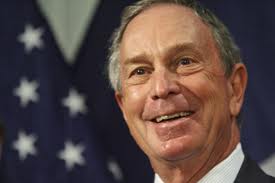 Mayor Michael Bloomberg said Tuesday morning he wouldn’t budge to avoid a bus strike that would likely strand more than 150,000 city schoolchildren, as parents across the city began planning for a new routine Wednesday morning.

“We are not negotiating with the union drivers,” Bloomberg said. “They don’t work for the city. They work for private companies.”

A day after the head of Amalgamated Transit Unit Local 1181 announced the strike date, city leaders said they were still not considering the job protections that drivers are demanding, provisions that officials describe as illegal to include in new contracts.

The 8,800 drivers and bus matrons are set to go on strike Wednesday morning to try to save seniority-based job protections. The city has decided to jettison those protections in an attempt to re-bid the contracts for the first time in 33 years. The city hopes to cut back on the annual $1.1 billion cost of transporting 152,000 students to public and parochial schools.