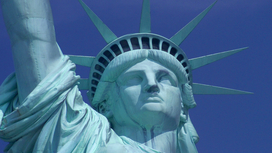 Mayor Michael R. Bloomberg announced that more people are moving to New York City than are moving out for the first time since before 1950, according to the latest U.S. Census Bureau estimates released today.

The estimates show New York City’s population has hit an all-time record high of 8,336,697. The city’s population increased by 161,564 since 2010 – about two percent in two years. This increase is among the largest two-year increases in recent decades. The increase is fueled by a continuing increase in people moving to the city and a decline in the number of people leaving the city, as well as the continued growth in the surplus of births over deaths due to life expectancy in the city reaching new record highs. Each of the five boroughs registered gains in population. The largest percentage change occurred in Brooklyn, where the population grew by 2.4 percent or 60,900 people; followed by Manhattan (2.1 percent or 33,200 people); Queens (1.9 percent or 42,000 people); the Bronx (1.7 percent or 23,400 people); and Staten Island (0.4 percent or 2,000 people). New York City’s increase since April 2010 represented 84 percent of the total population increase in New York State, which slightly increased the city’s share of the state’s population, from 42.2 percent to 42.6 percent. The city’s population has grown by more than 300,000 since Mayor Bloomberg took office.

Earlier this week, the MTA announced that subway annual ridership for 2012 was 1.654 billion, the highest in 62 years. Average weekend ridership on the subway grew by three percent, matching the all-time historic high for weekend ridership set in 1946.

“For the first time since before 1950, more people are coming to New York City than leaving,” said Mayor Bloomberg. “We have many indicators of quality of life in the city – record low crime, record high tourism, record high life expectancy, record high graduation rates, record job growth and more – but there’s no better indication of the strength of our city than a record high population and a net population influx. People are voting with their feet.”

The all-time high population and net influx of residents for the first time in more than 60 years is one of a number of recent measures that show quality of life in New York City is better than ever:

Percentage of New Yorkers who live within a 10-minute walk of a park: 76 percent

The Census Bureau’s methodology for data gathered prior to 1950 does not allow for calculation of the influx of people to New York City.