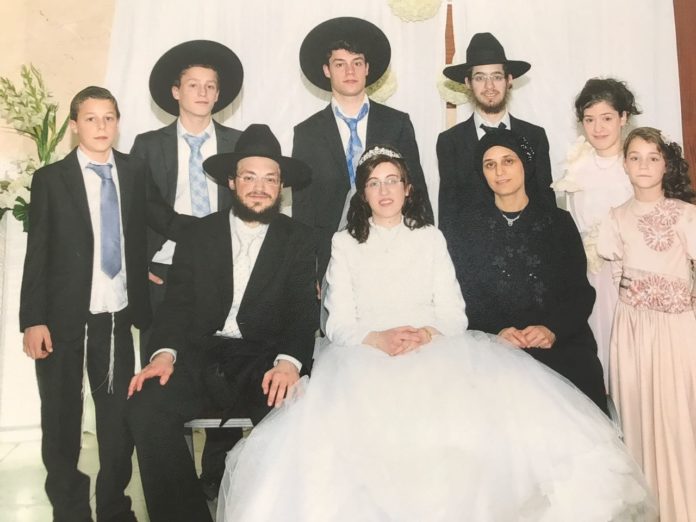 The G family of Kiryat Sefer may appear like any other large family. But those who know them well know that three years ago, something shook them to their very core, and changed their lives forever.

After months of suffering through hospitals & treatments, Rabbi G knew that his time was nearly over. He called his son “C” to his side. And in that moment, a dying father made his son promise him one thing: That he would look after his siblings.

Shortly after, he was gone. “C” walked to his chuppah without his father. He felt grief & loss at his wedding, and he knew that he would do all that he could to make sure his siblings did not experience the same.

Three years later, the G children play in the halls of a small apartment. Tiny tummies rumble, as Mrs. G struggles to pull together a meal from the scraps that fill the fridge. That night, the widow cries herself to sleep, and she is not the only one who sheds tears:

E, the eldest daughter of the family, is engaged to be married. Her life as a kallah is not filled with trips to bridal stores, or filling her new apartment with furniture. Her family can’t afford to give her the things a bride dreams of. This is just the newest disappointment in a string of painful memories.

This family is as real as yours, and living in Kiryat Sefer. Their tragic story has been confirmed by the rabbinical council of Rav Chaim Kanievsky’s tzedaka organization Kupat Ha’Ir, and the verification board of crowdfunding site The Chesed Fund.
If you are reading this, you have the chance to help save this family. Click HERE to help a son fulfill his father’s last wish.