Everyone enjoys a good origin story. From Peter Parker becoming Spiderman to Kal-El’s narrow escape from his doomed planet, origin stories resonate because they tap into something inside of all of us. The origin I want to tell you has no radioactive spiders or lone survivors from planet krypton, but it’s a true story, there are heroes and countless lives were saved because of it.

Around 13 years ago, Yaniv Meirov, a yeshiva-bachur (Yesodei Yeshurun) living in Queens became bothered by the regular sight of the many Jewish kids attending public school. Here were kids just like him with only circumstance diving them. It pained him knowing that many of these kids were unaware of the richness and beauty of being Jewish and were involved with drugs, violence and other dangerous behaviors. Realizing that generations of Jewish children were on the verge of being lost, young Yaniv had his Moshe Rabeinu moment-he saw the suffering of his people and took a stand to help strengthen them.

This is the continuing story of Chazaq, an organization dedicated to building a stronger future today.

Before last week, I knew what most people knew about Chazaq. They set up tons of events in and around Queens, featuring Torah personalities and noted speakers. Chazaq has a radio station, parsha sheets and a magazine. Rabbi Yaniv Meirov, CEO of Chazaq can be seen on the regular in local papers smiling next to Governor Cuomo, Congresswoman Meng or the Twins from France. We know that Rabbi Ilan Meirov is a young Talmid Chacham diligently working with his brother at Chazaq to do…something? It turns out I didn’t know anything. It turns out Chazaq does more than make those “Ein Od Milvado” magnets and bring us Uncle Moishe and Charlie Harari.

Chazaq started out small but has grown exponentially and has created programming designed for each age level. Chazaq helps enroll public school children into yeshivas, working with parents and schools so these children can grow in a Torah environment, learning Jewish values and lessons. For students not yet ready to transfer over, they created the Shaping Lives Sunday-school and the Yaldeinu After-school programs where students learn how to read Hebrew, daven and connect with loving teachers and get exposed to Judaism in a positive way. The J-Wave teens division is Chazaq’s afterschool program for high school students where they learn with Rebbes who act as role models and patiently guide them in growth in Torah. Chazaq also created a beis medrash program and a Kolel led by Rav Ahron Walkin for students who have grown enough that they want to continue learning. These programs are expanding in number and location and are vital in the cause of saving Jewish neshamas.

Simon Senak said: “People don’t buy to what you do, they buy to why you do it”. Well, Chazaq has a clear idea of what their “why” is: Jewish souls need our help.

Rabbi Yaniv, spoke passionately and bluntly with me about his mission to save as many Jewish lives as possible. He has been pitching his message a lot recently as Chazaq is gearing up for a major fundraiser starting May 15th. It impressed me how emphatic he was; his tone is positive, charismatic and persuasive. He has the look in his eyes of a star shooting guard anticipating the inbound pass to take the final shot of the game with three seconds left on the clock. His sense of urgency is correct; the clock is ticking down for so many children who desperately need help. He clearly believes in theimportant work Chazaq is doing and does not mind repeating his mission; he wants to get the word out.

Where Rabbi Yaniv is a force of nature, a hurricane of activity bursting out in all directions to help his cause, Rabbi Ilan Meirov is more bedrock, a foundational figure to Chazaq and to so many people in queens. He too took time out from his hectic schedule (earlier that day he met with Rav Dovid Feinstein to get guidance about Chazaq, he counsels couples and is writing his fourth sefer) to explain that the reality is that there are so many kids who are falling prey influences such as drugs, assimilation and intermarriage because they simply lack direction, warmth and positive role models.

Next, Rabbi Ilan presented a video of the near daily occurrence of Jewish students involved in street fights, some brutally attacked and beaten up by their public-school classmates. In one clip, a boy was thrown to the ground, then had his head and face kicked repeatedly as he scrambled to get to his feet. Being a former public school student, and perpetrator of many foolish things in my youth, I thought I could relate to what these students go through, but seeing that video was like watching life on another planet. We can’t even get out head around what a normal day looks like for these kids.

When I made my way out to one of the J-Wave programs (They have separate programs for boys and girls) I could see the difference being made. Smiling Rebbes waited to greet the boys coming in from the public school across the street. Warmth and love from the rabeyim is a hallmark of this program and has helped unlock the potential of the students. Tefilin, tzitzis, and yarmulkes were laid out for the boys becaue adly thee item are found in their homes. Many students stayed well after the program ended because they love being around these lovely rebeyim whom I had the pleasure of meeting and talking to. Many former J-Wave students started out not knowing the aleph beis but have gone on to yeshiva, beis medrash, leading Torah lives and even coming back to be teachers at J-Wave.

This is Chazaq, an ambitious organization reaching a tipping point, on the verge of accomplishing something great. You know part of their story, why not be a part of the rest of it?

Chazaq has helped thousands but there is a long way to go and they need our help. On Tuesday May 15th Chazaq is rolling out an ambitious 30-hour giving campaign featuring Benny Freidman and Charlie Harari with more in store. Chazaq’s goal is to raise $1,000,000-go big or go home right? The campaign is called “Give Stronq. Give Chazaq” . Each dollar donated will be quadrupled. There are over 1,200 students in Forrest Hills High school alone that need help, not to mention the over 10,000 students in the Queens area that can benefit from Chazaq. In over a years time, Chazaq has touched the lives of over 1,000 Jewish public school students and transferred an astounding 370 to Kiruv Yeshivas.

Chazaq is gaining momentum, as many gedolim are taking notice, lives are being changed. The last key to a sustained impact is our generosity. Be a hero. You don’t need to shoot webs or leap tall building to save the day, just a donation (that will then be quadrupled!).

People don’t buy what you do; they buy why you do it. 10,000 Jewish boys and girls waiting for help are 10,000 reasons why we should give. This story of what Chazaq can do is still being written and how it ends is up to us. 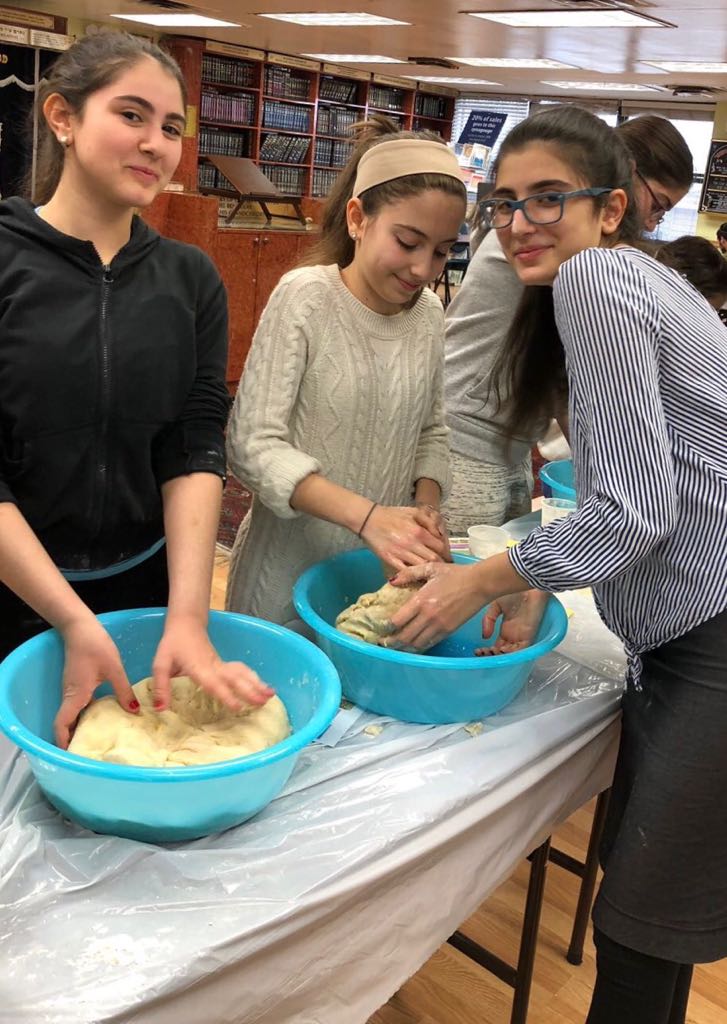 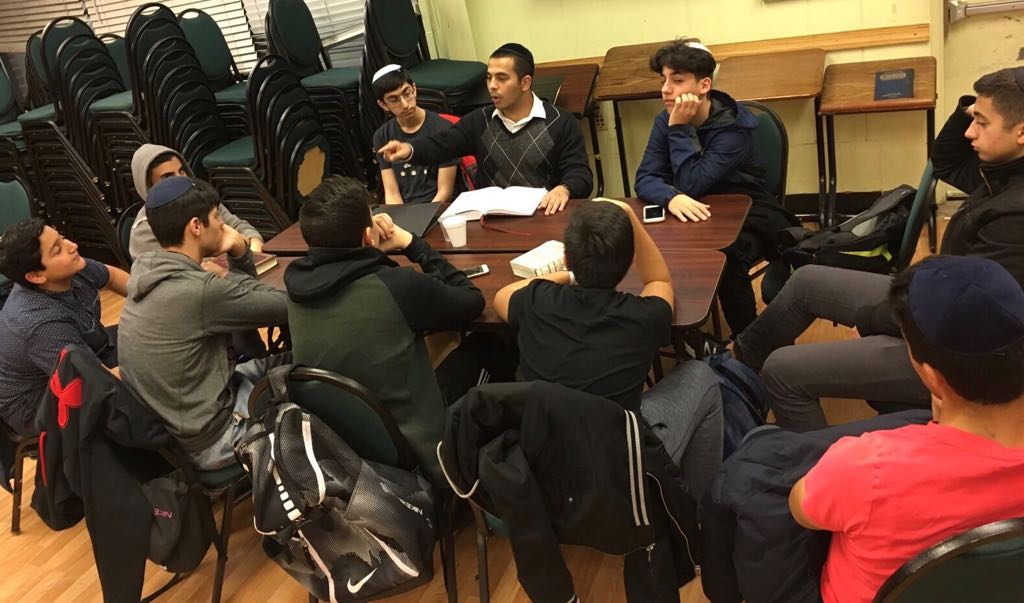 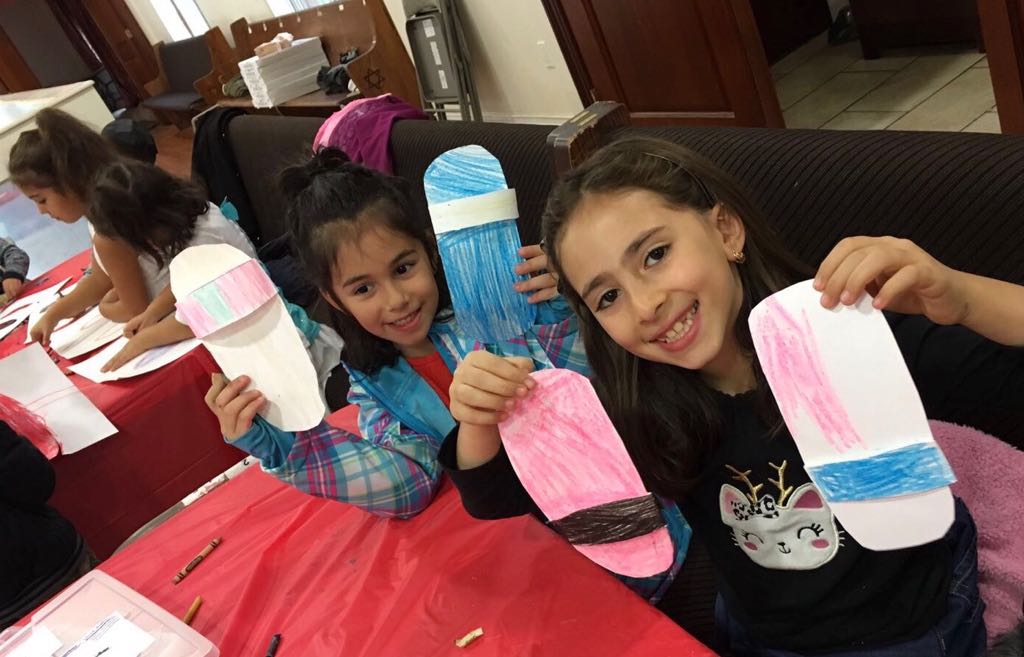 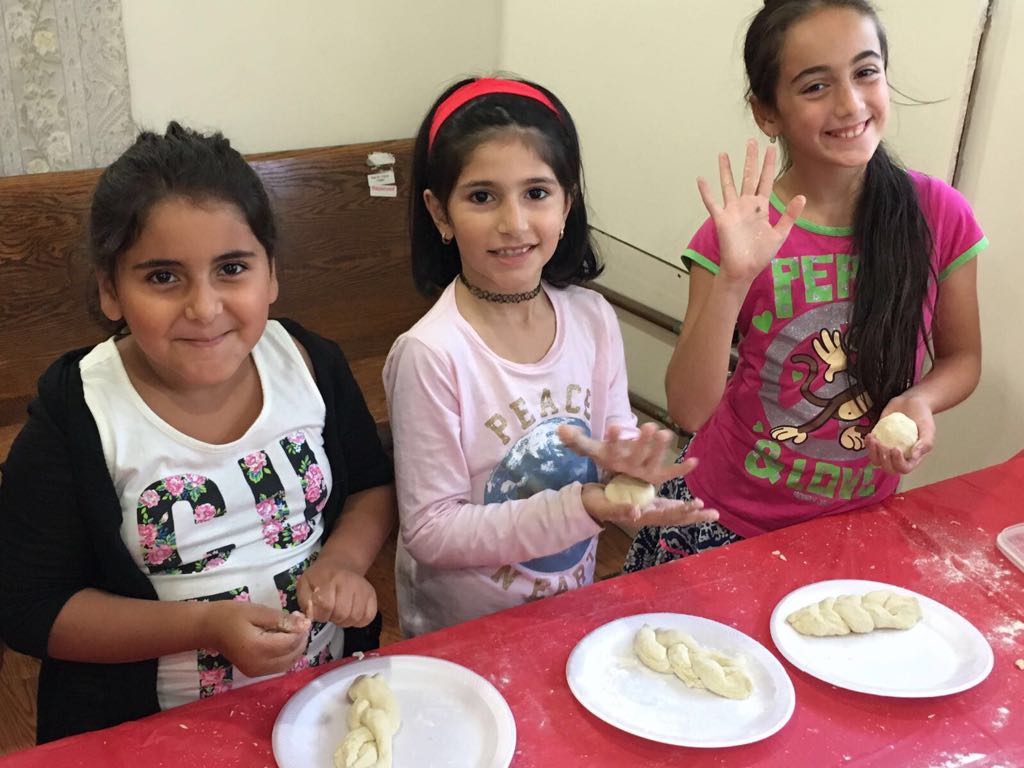 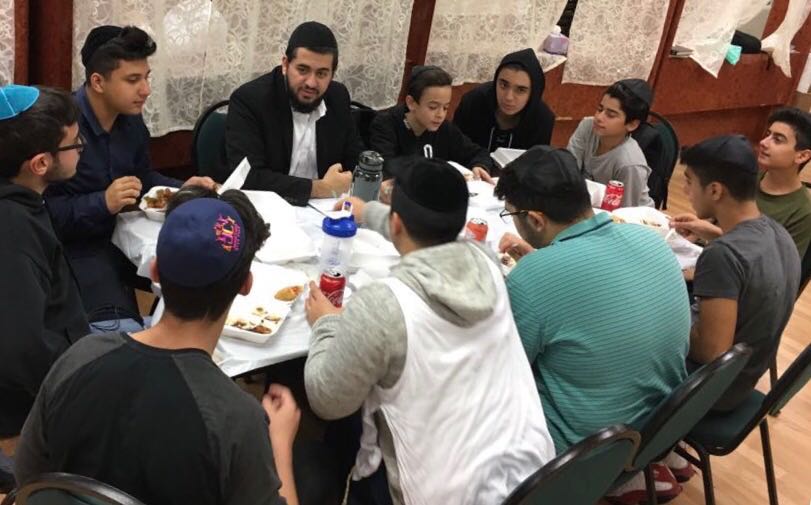 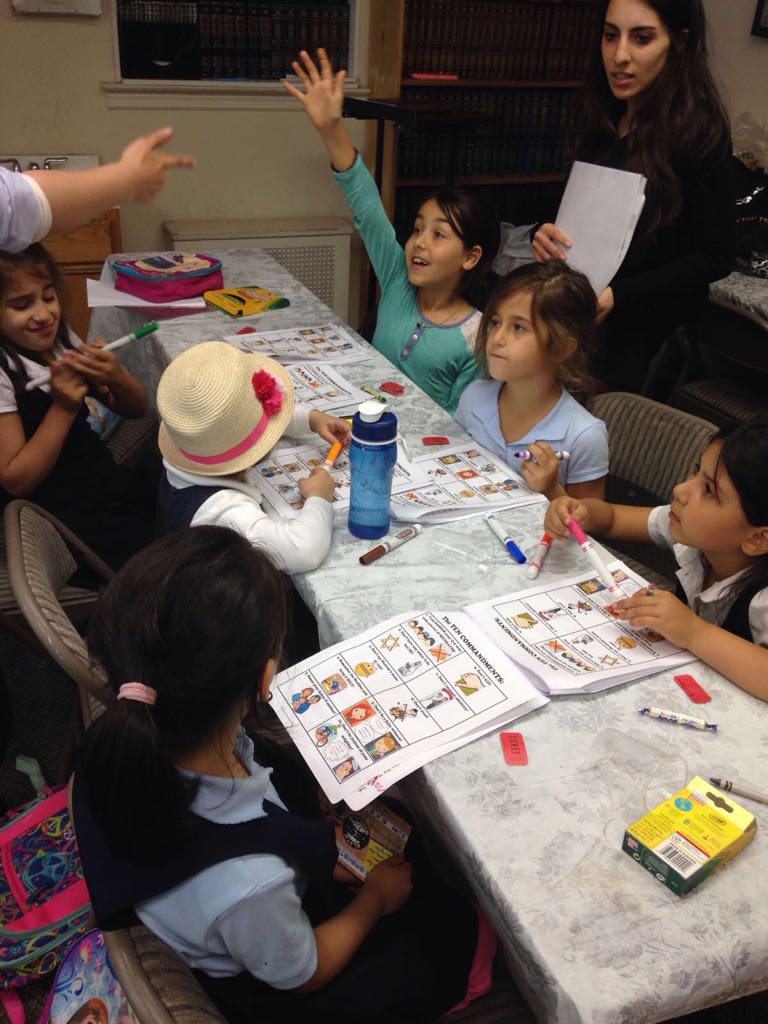 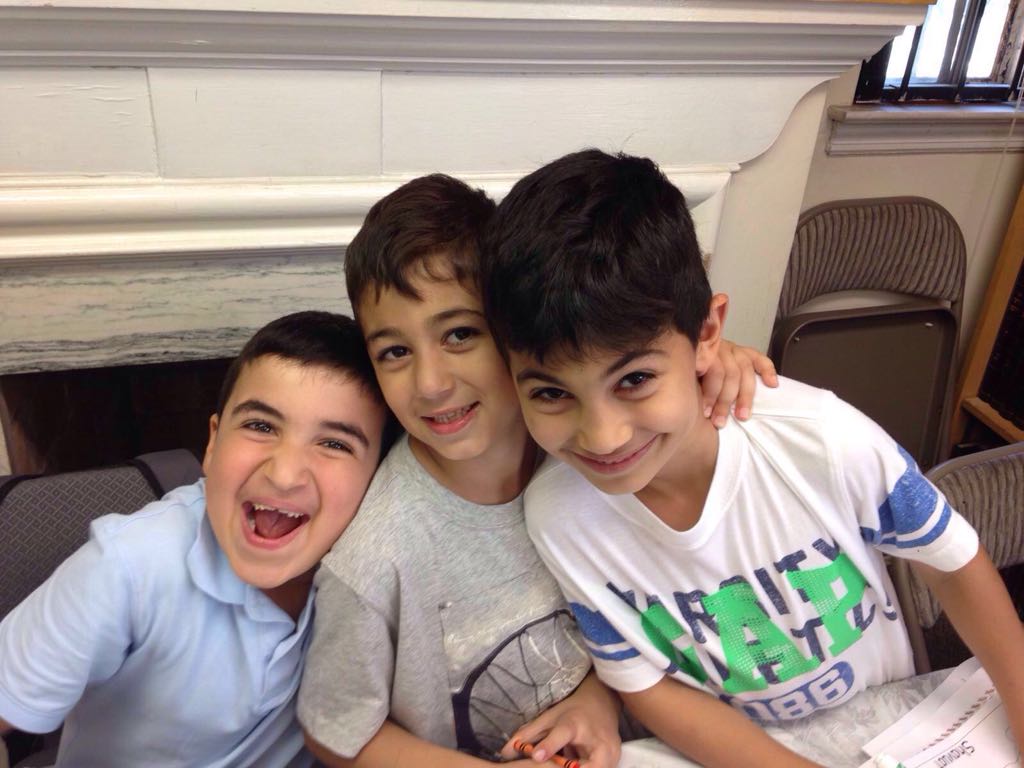