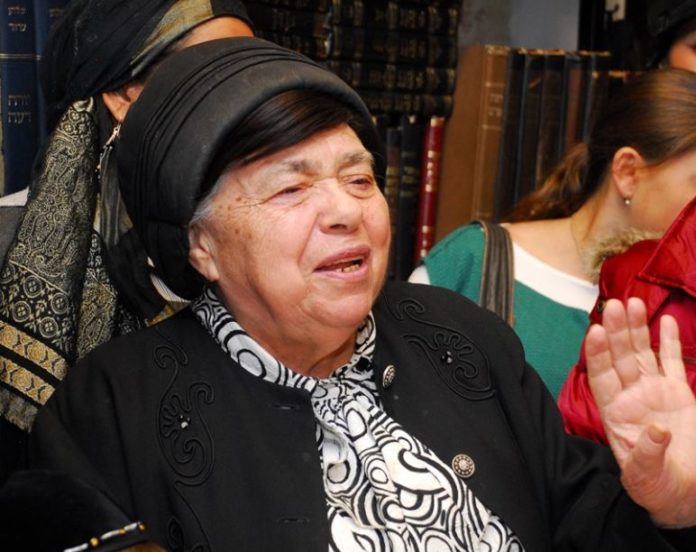 In the years since Rebbetzin Kanievsky a”h’s passing, daughter Rebbetzkin Leah Kolodetsky has famously taken on her mother’s legacy of chesed. She receives hundreds of strangers a week, offering guidance and blessings to countless men, women, and children. With an open heart she hears stories each and every day of those struggling with poverty, and disease. She maintains a close relationship with Rav Chaim, always aware of the Rav’s latest statements and dealings. It is rare that a situation stand out to the Rebbetzin as one which particularly needs the public’s attention.

This week, one family’s story did just that. Bracha is a young kallah from a family of talmidei chachamim whom the Rebbetzin knows personally. In the Rebbetzin’s own words, they have “nothing, absolutely nothing,” and “live with only the absolute bare necessities.” The kallah is getting married, next month, to a chassan whose family is also quite poor. Despite their proximity to the wedding date, nothing has been purchased for the kallah. The young woman is humiliated, and distraught.

For that reason Rebbetzin Kolodetsky took minutes from her hectic schedule to film a video, personally speaking out on behalf of Bracha. “In the name of the Rav, a special request,” she says, addressing the camera directly.

She ends the video with a long and powerful bracha for all those who give to this special hachnasas kallah campaign. Though the kallah’s face is not shown, both Rav Chaim Kanievsky and his daughter Rebbetzin Kolodetsky stand for the integrity of the two families, for the urgency of their situation, and for the heft of the mitzvah of helping them during their time of need.

Those who wish to be part of this special mission, in responding to the special request of the Rav, and in helping a kallah who is experiencing great fear and humiliation can do so here. Each generation’s leaders take on the enormous responsibility of caring for those who need help the most. This is a rare opportunity for individuals around the world to take part in that responsibility.