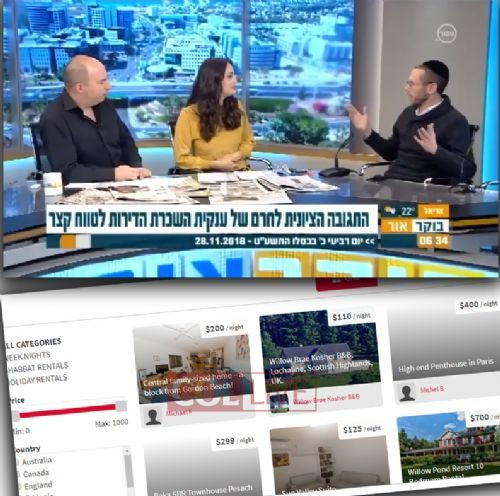 Within days after Airbnb singled out Jewish owned homes in Judea and Samaria as the only homes in the world it refuses to list, Hershy Landau of Brooklyn and Tzvi Arnstein of Ramat Beit Shemesh stared bigotry in the face and created their own solution. The result was Koshnb.com: a portal of jewish-friendly guest rentals around the globe.

Koshnb.com allows users to list their properties for short term rent, alongside information about the kashrus level of the house, and additional info in the area like nearby Jewish communities and Jewish stores, as well as special check in times for holidays.

The site is intended to offer an alternative to Airbnb, giving an alternative to Jews who’ve had their listings deleted from the platform, and providing an opportunity for Jews around the world to express their frustration and move over to a non-discriminatory platform.

In an interview on Israel’s Channel 10, Arnstein highlighted the tremendous relief Koshnb.com has brought to Jewish hosts in Judea and Samaria whose rental units were deleted from Airbnb.

“Waking up one morning to find out that your source of income was just pulled out from under your feet is very upsetting. As a matter of fact it has also angered Jewish hosts all over the world who are contacting us that they are closing their Airbnb accounts and coming over to koshnb.com,” he commented on the morning show.

For the last month, Airbnb has stood behind its stance to not list Jewish houses located in Judea and Samaria on their site. This is an unprecedented instance of the company taking a stance in a world conflict; despite a myriad of contested spots around the globe, it is only in Israel, as a result of BDS pressure, that Airbnb has taken such drastic action.

Israeli government officials had met with Airbnb staff to attempt to resolve the situation, and Israeli media initially reported that a solution had been reached. But soon after, Airbnb clarified their position that although they do not support BDS, they will still refuse to list properties from Judea and Samaria.

“At this point, it’s no longer about whether or not an agreement is reached,” explains Arnstein. “We need to send a clear message that this is not a negotiation, an attempt to get them to see our way. Airbnb, and any other company, needs to know that if they take a stance like this we will simply create a suitable alternative. We’re not here to debate. We’ve moved on.”

As part of the Jewish community’s backlash against Airbnb, their new platform has been seeing tremendous success. “It’s been 4 weeks since we launched and hundreds of people have already signed up, with rental listings spanning the US, Israel, Canada, Europe, South Africa and beyond. Additional listings are being added daily” says Landau, who, as a world traveling businessman, had used Airbnb frequently. “On my last visit to Canada I used koshnb.com, when you’re staying somewhere, it’s great to know who you’re dealing with, it’s also amazing to see how Jews around the globe become a one big happy family” says Landau.

“Jews all over the world are very upset,” says Arnstein. “koshnb.com gives them a tangible way to express their disapproval with Airbnb, by leaving that platform and joining an alternative that aligns with their values.” 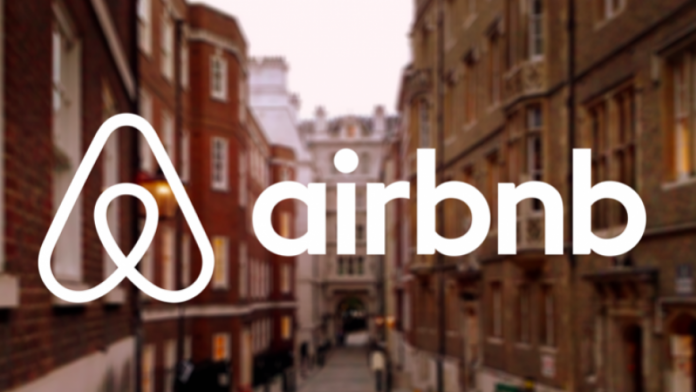