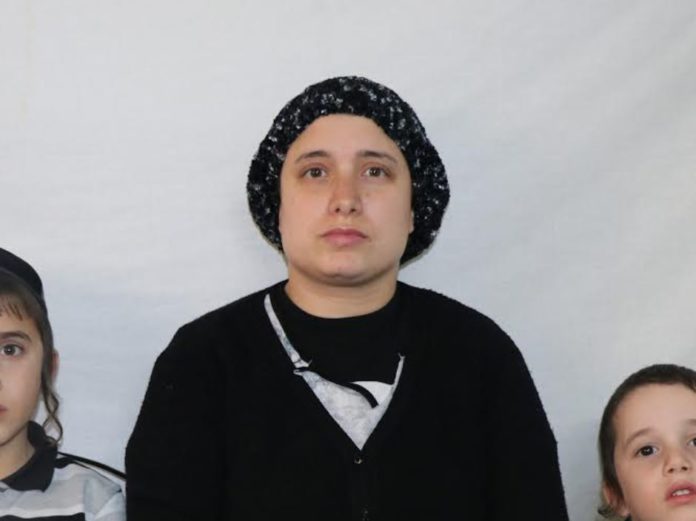 The house was filled with cries last week, as Shulamis Levary sat down with her three little boys to mourn their father. During his lifetime, Chaim Levary of Ofakim was a beloved tutor to struggling children. Boys from around the city gained greatly from his warmth and personal attention.

His wife managed the household and children Shlomo (8), Eliezer (7), and Binyamin (5).

In the autumn of this year, a tumor was found in Chaim’s lungs. For three months his family was swept up in the whirlwind that is cancer. In and out of hospitals, and through grueling treatments, the young father fought bravely for his life. Last week, however, he lost the battle.

He left behind a shattered widow and three little boys. Close family members and strangers alike were moved to tears as Binyamin, just five years old, recited kaddish for his father. They got up from shiva today.

Now that the shiva has passed Shulamis has been forced to face logistics: All of the family’s savings were spent on her late husband’s medical expenses. Due to health issues, Shulamis herself is physically unable to work. She must now find a way to support her three children, whilst mourning the loss of her partner in life.

Funds are being collected to give Shulamis some security, and to give her the space and time to establish herself financially while recovering from this horrific trauma. The family is reportedly not only out of money, but in tremendous debt, so any and all help is deeply appreciated.

Donations are being collected here for a limited time.