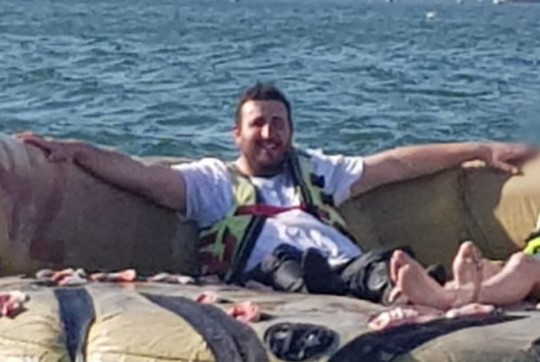 “My Daddy fell down…He’s not waking up.”

It was a summer Shabbos afternoon like any other. Shlomo Abuhav had bentched after the meal and then offered his wife to go take a well-deserved nap. The older kids were playing at friends’ houses, and Shlomo stayed at home to watch his youngest child, adorable five-year-old Miri. They were in middle of playing an intense round of hide-and-go-seek when suddenly, Shlomo collapsed onto the floor.

And that’s when Miri put some incredible training into practice.

Forgetting that her mother was home, the five-year-old quickly grabbed the home phone and called the police.

“My Daddy fell down…He’s not waking up. He’s sleeping on the floor now…H-he used to have something called cancer?”

But the story doesn’t end there.

Soon after the incident, it was discovered that Shlomo’s cancer had returned, and this time with a vengeance. Today, things are looking grim.

“Today, Shlomo is lying on his deathbed. A wonderful father, a wonderful husband, and a wonderful person,” says his wife Shira tearfully.

“Our five kids are sitting by his side, saying tehillim and crying. They are begging Hashem not to take him away.”

Several days ago, the Abuhav family received thrilling yet terrifying news: The doctors informed them of an emergency treatment that can directly save Shlomo’s life. The only catch? It costs several thousands of dollars, something which the family simply doesn’t have after surviving off of just Shira’s income for so many years when Shlomo originally had cancer.

“This all feels like a nightmare that I can’t wake up from,” explains Shira.

“Shlomo’s life depends on the one thing we don’t have– Money…We don’t want to lose him.”

That Shabbos, five year-old Miri was a hero. But in order to save her father’ life again, the family is in urgent need of Jewish heroes across the world to raise the funds needed to save his life. Funds are being urgently collected by Darchei Miriam so that Shlomo can receive the treatment that his life directly depends on. As every precious minute with their father passes, his family is praying for a faint glimmer of hope. Click here to save his life.