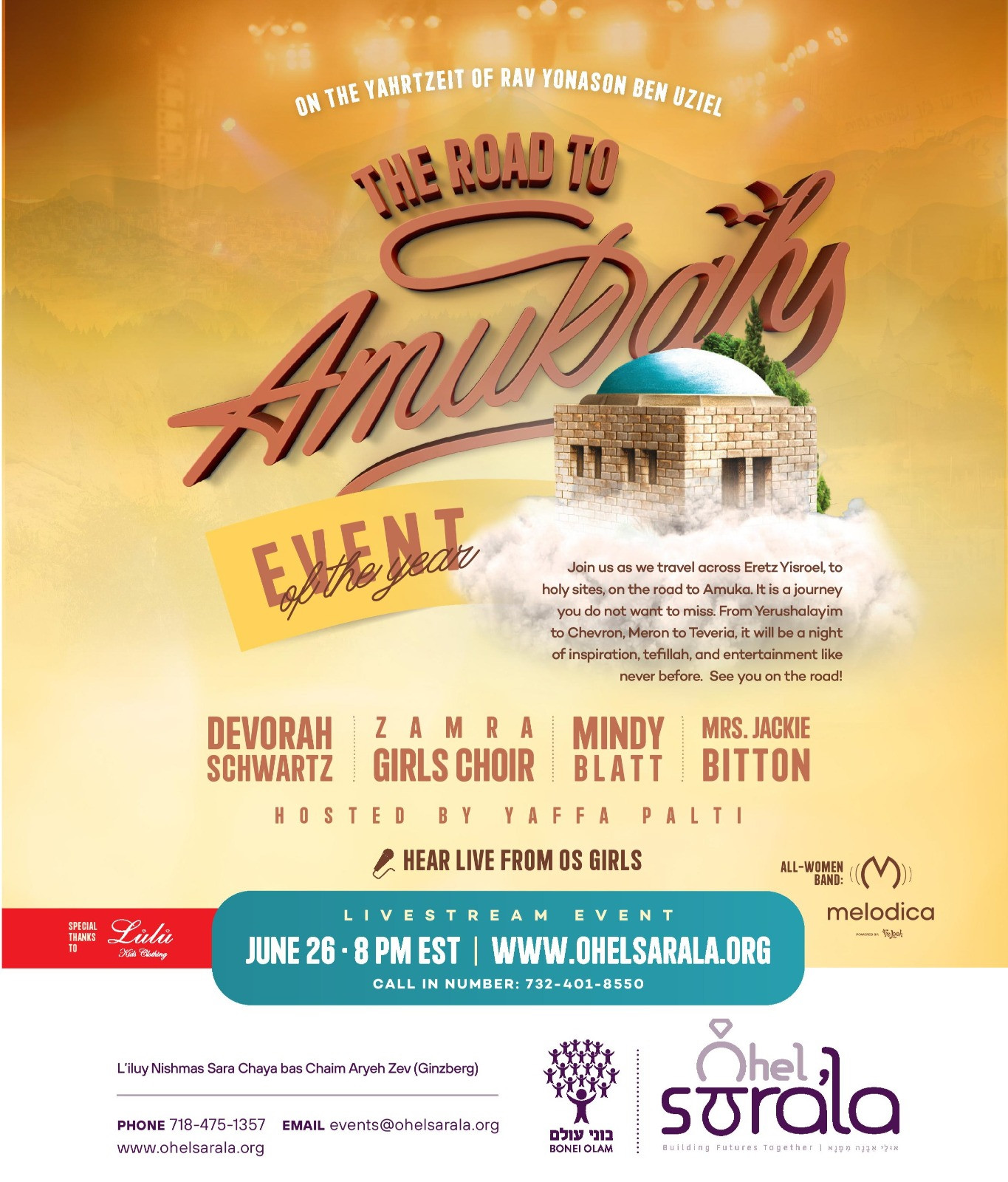 Every day, thousands of single girls and childless couples daven for each other.

As per the directive of Rav Aharon Leib Shteinman, zt”l, Ohel Sarala was formed to pair together single girls and childless couples so they can harness the incredible power of tefillah.

Next week, on Wednesday and Thursday, (on the yahrtzeit of Rav Yonasan ben Uziel in Amuka) a minyan of Talmidei Chachamim will be davening for thousands of Ohel Sarala participants, mentioning each girl by name.

The minyan will travel to the Kosel, Me’aras Hamachpeilah, Kever Shmuel Hanavi, the kever of the Ishah Hashunamis, the Kever of the Shelah, the Kever of Rabbi Meir Baal Haneis, Meron, and Amukah.

On Thursday, there will also be a tefillah at the kever of the founder of Ohel Sarlala, Rav Aharon Leib Steinman, zt”l, and by Rav Chaim Kanievsky, zt”l. They will be joined by Rav Shraga Steinman, Rav Shimon Galai, and Rebbetzin Kolodetsky.

We are offering you the opportunity to be part of this unique tefillah initiative and submit your own names to be included for tefillah by joining Ohel Sarala, or by donating to Ohel Sarala couples for the zchus of the couples and singles.

The funds donated this week will be earmarked for the childless couples who are part of the Ohel Sarala initiative.

Our season of inspiration and tefilla will culminate on June 26, with the mega JOURNEY TO AMUKA women and girls event feat. Devorah Schwartz, Mindy Blatt, the Zamar Girls Choir, and the Melodica Women’s Band all live-streamed for free on ohelsarala.org

Together, let us join in the pain of others so we can, be’ezras Hashem, rejoice in their simchos.