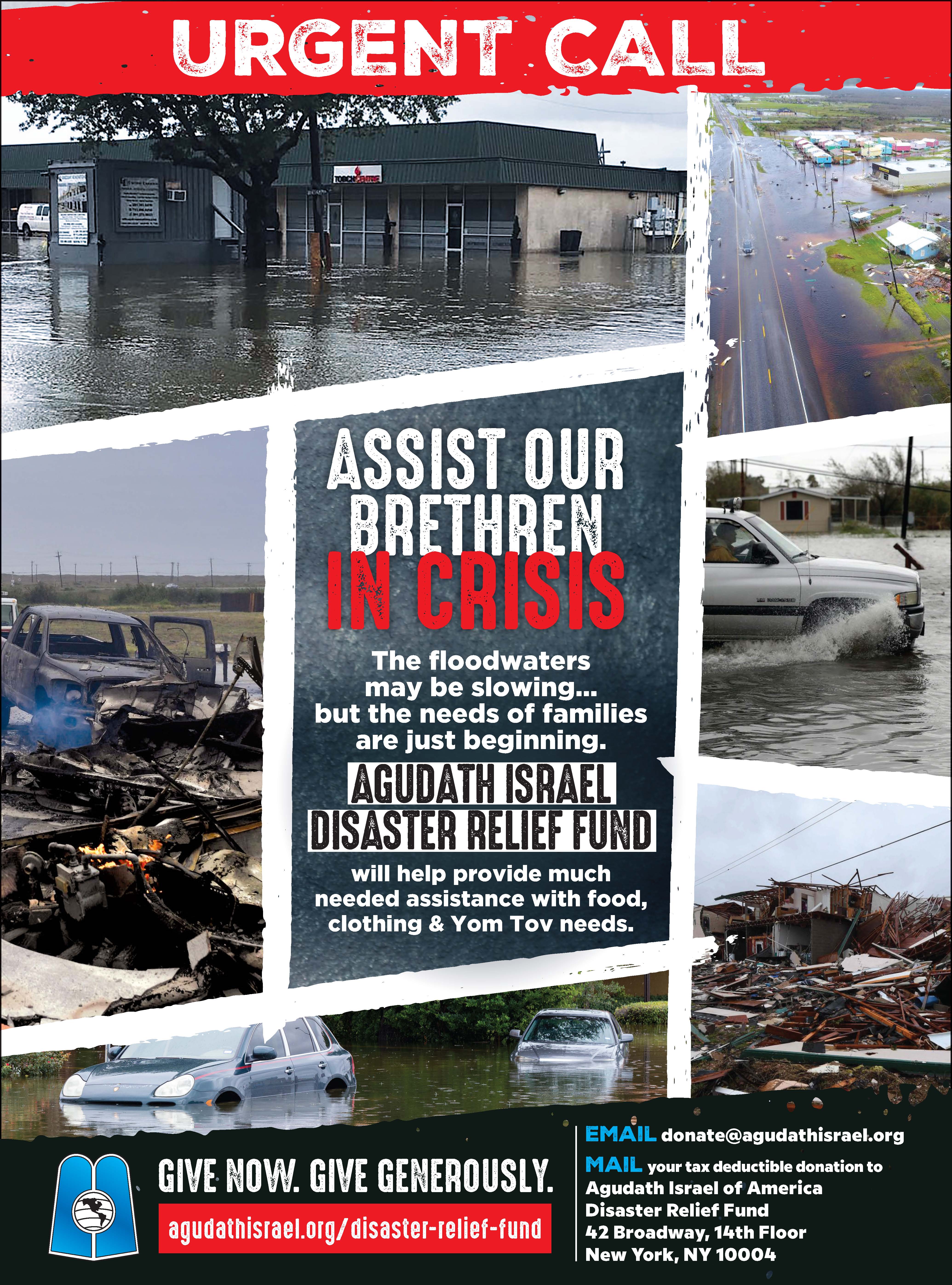 Agudath Israel of America’s hopes and prayers are with the residents of Houston and other Galveston Bay cities, who are struggling with the ongoing rain and terrible flooding brought by Hurricane Harvey.

Our sympathies go out to all Texans who have suffered loss of life, and to those who have tragically lost their homes and possessions. And we have only admiration for all the emergency workers, both local and from other parts of the country, who are working around the clock to rescue those in danger.

Although the storm is still ongoing and the full extent of its toll on Houston’s Jewish community still unknown, some of its families have already been hit hard by flooding

As we have done over the years when disaster strikes, Agudath Israel of America is serving as a conduit for sending humanitarian assistance like food, clothing and, in this case, Yomtov needs, to Jewish families and institutions in need.