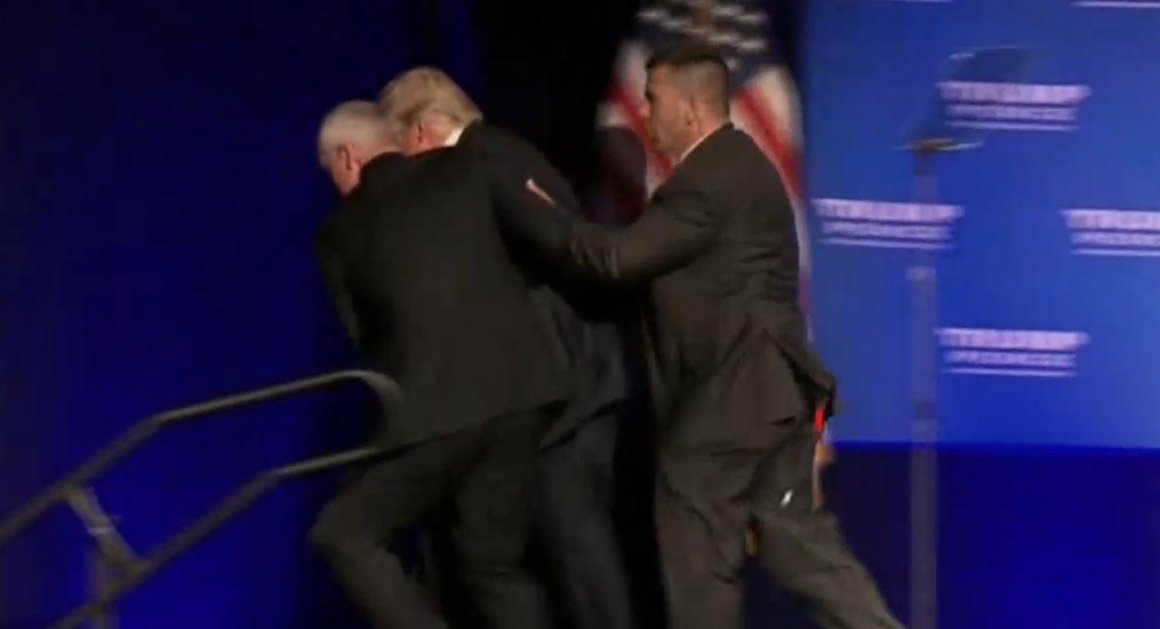 Donald Trump was rushed off stage by the Secret Service during a rally in Nevada but returned within minutes.

The Republican nominee had been speaking to supporters in Reno for a while when a disturbance broke out in the crowd close to the podium.

The nature of the disturbance was unclear. But several security officials escorted a man out of the venue soon afterward.

Upon his return, Trump thanked the Secret Service.

Trump released the following statement to the media shortly after:

“I would like to thank the United States Secret Service and the law enforcement resources in Reno and the state of Nevada for their fast and professional response. I also want to thank the many thousands of people present for their unwavering and unbelievable support. Nothing will stop us – we will make America great again!”.

Meanwhile, at around the same time that the Secret Service were rushing Trump off the stage, his Jewish daughter Ivanka was seen praying at the Ohel of the Lubavitcher Rebbe (SEE VIDEO BELOW).