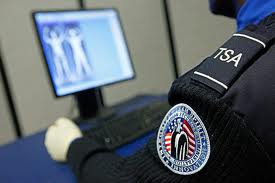 In a speech on the floor of the House earlier today, Congressman John J. Duncan, Jr., of Tennessee, dropped the boom on the Transportation Security Administration for its invasive “pat-downs” and use of potentially harmful scanners in airports. Both topics have dominated the headlines in recent days as the country braces for its busiest airline travel day of the year, Thanksgiving, which is just over a week away.

But Duncan’s focus was not just the high cost of implementing new scanners or the plight of hapless Americans, who bristle at the thought of having strangers grope their young children or expose them to harmful doses of radiation. Rather, the congressman took aim at the role played by lucrative government contracts in the development of cutting-edge airport full-body scanning technologies.

In particular, he took aim at former Secretary of Homeland Security, Michael Chertoff, who Duncan accuses of having made a sweetheart deal with Rapiscan, a company whose backscatter scanners use one of two technologies at the center of the current controversy.

The text of Rep. Duncan’s speech is as follows:

A nationwide revolt is developing over the body scanners at the airports, and it should.

Hundreds of thousands of frequent fliers who fly each week are upset about getting these frequent doses of radiation.

Parents are upset about being forced to have their children radiated or being touched inappropriately by an unrelated adult.

There is already plenty of security at the airport, but now we are going to spend up to $300 million to install 1,000 scanners.

This is much more about money than it is about security.

The former Secretary of Homeland Security, Michael Chertoff, represents Rapiscan, the company which is selling these scanners to his former department.

Far too many federal contracts are sweetheart, insider deals.

The American people should not have to choose between having full-body radiation or a very embarrassing, intrusive pat-down every time they fly, as if they were criminals.

We need a little more balance and common sense on this.