YWN regrets to inform you of the Petira of HaRav Aron Florans ZATZAL, who was one of the last “Alter Mirrer”, the title given to those who learned in the Mirrer Yeshiva in Poland, and who miraculously survived the hands of the Nazis YMS by fleeing with the entire Yeshiva to Shanghai, China. He was also Zoche to have studied under Hagon HaRav Elchonon Wasserman HY”D.

Born in Baronovitch in 1919, Reb Aron studied for three years by R’ Elchonon in Baronovitch, and from there he studied in the famed Mirrer Yeshiva in Europe. He travelled with the Yeshiva through its miraculous escape which went through Shanghai, China.

After arriving in the United States, Reb Aron kept a lifelong connection with the Mirrer Yeshiva by raising his family right near the Yeshiva in Flatbush, and was a fixture in the Yeshiva for over 50 years. Reb Aron was extremely close friends with Maran Hagon HaRav Shmuel Berenbaum ZATZAL the Mirrer Rosh HaYeshiva, who was in the same “Chabura” as Reb Aron in the Mir – as well as having studied by Reb Elchonon Wasserman in Baronovitch together.

Reb Aron leaves behind his Rebbetzin of 60 years, and 7 sons, all of whom are known for their lives of Torah and Chesed following in the steps of their father.

PHOTO BELOW BY PHOTODYNAMICS: 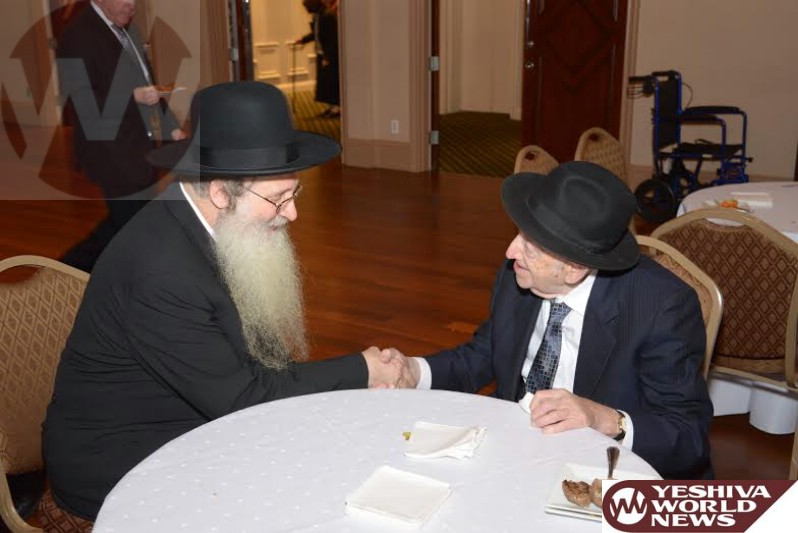