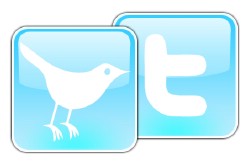 Twitter beat Wall Street’s earnings and revenue expectations in its first quarter as a public company. But investors were looking for even more – including faster user growth – and the company’s stock dipped as much as 12 percent in after-hours trading Wednesday.

Twitter’s revenue more than doubled to $243 million from $112 million.

Analysts, on average, had expected an adjusted loss of 2 cents per share and revenue of $218.1 million, according to FactSet.
Twitter ended the quarter with 241 million monthly users, up 30 percent from a year earlier. That’s slightly fewer than some analysts expected. Sterne Agee’s Arvind Bhatia was looking for 244 million users, an increase of 32 percent.

But compared with the end of the third quarter, Twitter’s user growth is slowing down. The company added just 9 million new monthly users, a slowdown from the previous three quarters, when it was adding an average of 16 million new accounts each quarter.

Even so, “they did have growth,” said Gartner analyst Brian Blau.

“Maybe that wasn’t the high standard that we have come to expect from (the likes of) Facebook,” he added. Besides growing its user base, Twitter “did OK on revenue” and on other fronts, Blau said.

“They have good business standards.”

San Francisco-based Twitter Inc. made its Wall Street debut in November with an initial public offering price of $26. The stock price has more than doubled since. Analysts remain confident about Twitter’s business and long-term prospects, but many are calling its stock expensive compared with peers such as Facebook and LinkedIn.

Blau thinks it’s too early to conclude whether Twitter’s slowing user growth signals trouble ahead. That’s because Twitter’s usefulness isn’t as readily apparent to many people as Facebook and LinkedIn. It takes just a few minutes to understand that Facebook is an easy way to create a digital scrapbook that can be shared with friends and family and that LinkedIn is a great place to post your professional achievements in hopes of getting better jobs.

But Twitter’s potpourri can be confusing for beginners, Blau said, making it more challenging for the company to gain more users. “Twitter is all about connecting with real-time information,” Blau said. “Once people get that, they tend to keep coming back and it opens up a whole new world of possibilities.”

For the current quarter, Twitter is forecasting revenue of $230 million to $240 million. Analysts were expecting $215.2 million.

Twitter is taking tweeted questions during its earnings conference call. Anyone who uses the short messaging service will be able to ask a question directed at TwitterIR using the hashtag #TWTRearnings. Twitter’s investor relations team will scan the questions, and the ones that make the cut will be interspersed in the call’s question and answer period.