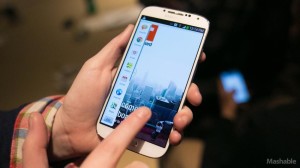 Samsung knew Apple’s iPhone would be a big seller when it first went on the market, but the South Korean company didn’t have a product that could compete so it stole Apple’s technology, an attorney for Apple told jurors on Tuesday.

“The evidence in this case will be Samsung copied the iPhone,” Apple lawyer Harold McElhinny said during his opening statement in the latest patent fight between the world’s largest cellphone manufacturers.

Samsung, which accuses Apple of stealing its ideas, was expected to make its opening statement later in the day.

The trial in federal court in San Jose marks the latest round in a long-running series of lawsuits between the two tech giants over mobile devices.

If Apple prevails in the current case, the cost to Samsung could reach $2 billion. Apple’s costs, if it loses the litigation, were expected to be about $6 million.

McElhinny asked jurors to remember where they were on Jan. 9, 2007, and showed a video of former Apple CEO Steve Jobs unveiling the iPhone in San Francisco.

He said attorneys for Samsung would try to say Apple inventions were trivial and not valuable.

“But that is not what the world was saying in 2007,” McElhinny said.

It could be consumers who end up paying the ultimate price in the case. Experts say the litigation could lead to more expensive smartphones and devices and slow the overall pace of mobile innovation.

“The most direct effect of this patent fight on consumers would be if the judge blocked one of these popular phones from the market,” said Rutgers Law School professor Michael A. Carrier.

“What’s even more worrisome for the effect on innovation is the impact on small innovators,” said Carrier. “Apple and Samsung can afford this litigation. The next upstart cannot.”

Apple is accusing Samsung of infringing on five patents on newer devices, including Galaxy smartphones and tablets. In a counterclaim, Samsung says Apple stole two of its ideas to use for iPhones and iPads.

The two companies have battled in litigation around the world. Less than two years ago, a federal jury in the same courthouse found that Samsung was infringing on Apple patents. Samsung was ordered to pay about $900 million but is appealing and has been allowed to continue selling products using the technology.

Throughout three years of litigation, Samsung’s global market share has grown. One of every three smartphones sold last year was a Samsung, now the market leader. Apple, with its typically higher priced iPhones, was second, with about 15 percent of the market.

Samsung countered that it has broken technological barriers with its own lightweight, ultra-slim phones.

“Samsung has been a pioneer in the mobile device business sector since the inception of the mobile device industry,” Samsung attorneys wrote. “Apple has copied many of Samsung’s innovations in its Apple iPhone, iPod, and iPad products.”

Specifically, Apple claims Samsung stole a tap-from-search technology that allows someone searching for a telephone number or address on the Web to tap on the results to call the number or put the address into a map. In addition, Apple says Samsung copied “slide to unlock,” which allows users to swipe the face of their smartphone to use it.

Samsung countered that Apple is stealing a wireless technology system that speeds up sending and receiving data.

Apple is demanding that Samsung pay a $40 royalty for each Samsung device running software allegedly conceived by Apple. The figure is more than five times more than the amount sought in the previous trial and well above other precedents.

Jurors were selected on Monday. Most prospects said they were somewhat familiar with the legal dispute, including many who work for companies affiliated with Samsung or Apple. Some locals had strong opinions.

“Neither company has been a particular favorite of mine. Both have been bullies with their patent libraries,” said Armen Hamstra, a LinkedIn software engineer and patent holder who was ultimately rejected as a juror.