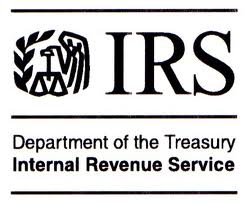 The Obama administration says U.S. banks should disclose to the IRS bank accounts owned by foreigners, resurrecting a Clinton-era proposal that was opposed by banking groups and Republicans.

The Internal Revenue Service proposed regulations Jan. 7 that would pave the way for the U.S. for the first time to routinely share information with other governments about their citizens’ deposits in U.S. financial institutions.

The move is designed to help governments around the world pierce bank secrecy, the agency said. It follows a successful three-year effort by the U.S. to pressure Switzerland and its biggest bank, UBS AG, to reveal the U.S. owners of undeclared accounts held offshore.

“There is a growing global consensus regarding the importance of cooperative information exchange for tax purposes that has developed,” the agency said in a notice in the Jan. 7 Federal Register announcing the proposal.

The IRS proposal comes on the eve of the issuance of separate regulations that will require foreign banks to identify U.S. customers to the IRS and withhold 30 percent of U.S. interest and dividend payments from account holders who provide inadequate information to determine their U.S. status.