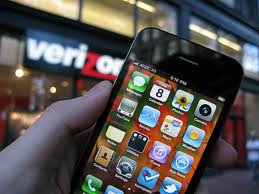 Verizon Wireless, the biggest U.S. wireless carrier, sold through its initial inventory of Apple Inc. iPhones in less than a day after starting to offer the device to its current customers.

The preorders were halted at 8:10 p.m. New York time yesterday, about 17 hours after they began, Verizon said today in a statement. All potential buyers can order online on Feb. 9, and the devices will be in stores on Feb. 10, according to the company’s website.

The touch-screen smartphone broke Verizon’s first-day sales records in its first two hours, Dan Mead, chief executive officer of Verizon Wireless, said in the statement. Verizon said last week the iPhone may help drive sales and profit up as much as 8 percent this year, if the company can sell 11 million of the phones.

“The stock out on the first day of preorders affirms the strong pent-up demand for the Verizon iPhone, and bodes well for initial sell-through,” Mike Abramsky, an analyst at RBC Capital Markets in Toronto, said today in a note to clients. Verizon probably sold less than 100,000 iPhones before shutting down preorders, said Abramsky, who rates Apple shares “outperform.”

Previously, U.S. customers could only get the iPhone on the network of AT&T Inc., the country’s second-largest wireless carrier.