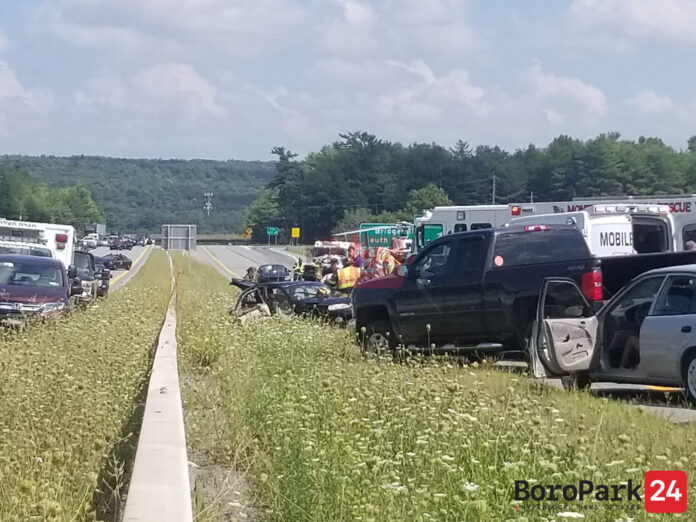 Two people lost their lives in a crash on Route 17 in Sullivan County, Tuesday afternoon.

Emergency personnel were called to the scene on Route 17 near Exit 106 (Monticello) at around 2:40PM to reports of a serious car crash.

Upon arrival, Hatzolah Paramedics and MobileMedics found two victims in traumatic arrest. Another victim needed to be airlifted to a trauma center. A chopper landed on the highway to make the evacuation.

It does not appear that Chevra Kaddisha services are needed in this horribly tragic incident.

The NY State Police were investigating the cause of the crash.