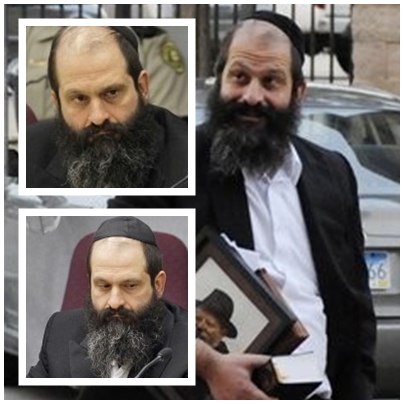 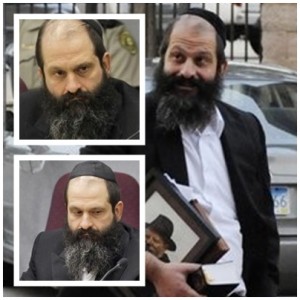 Until today I read the mainstream news and followed the blogs. Until today I analyzed the facts and debated the case. Did Sholom Rubashkin commit a crime? If he did, was it intentional? Is he a vicious felon or a misguided fool? Was he actively involved in the crimes that were committed or was he simply in the wrong place at the wrong time? If he is a criminal, does he deserve prison time? If so, how many years? Should they be served in a minimum, medium or maximum security facility? Was the raid on Agriprocessors instigated by PETA and the unions? Is the prosecution being overzealous? Is there an anti-Semitic element to the prosecution?

Until today it was all about facts and figures.

What happened today changed everything. Today I witnessed the shell of a man. Today I saw the hollow, lifeless version of a previously lively and vibrant person. Today I saw dullness and lifelessness in the shallow sockets where kind eyes ones sparkled. Today I saw a broken man and a tattered spirit. I witnessed the death of a soul and the destruction of character.

The photos and video of Sholom Rubashkin prior to his current imprisonment portray him as standing tall and proud, his brisk walk and friendly wave betraying hope, his broad shoulders exuding confidence, and the words to his supporters evidence of his unwavering faith and resilience.

But the photos released throughout the past few days show a pale, balding, slumped, sad and broken skeleton of what was once a vivacious and energetic Sholom Rubashkin. His rapidly graying beard serves as a testament to the physical and mental deterioration the entire ordeal has had upon him. His feeble gait and blank stare are indications of his rapid decline and accelerated aging.

When I witnessed the physical and spiritual punishment Sholom Rubashkin has endured as a result of his legal nightmare, all bets were off. This was no longer an issue of right or wrong, innocence or guilt, six years in prison versus life imprisonment, or minimum security versus maximum security.

It is now about a person. A man who, through a series of whirlwind events, went from being a small-town rabbi to becoming the CEO of a multi-million dollar corporation. A man who went from navigating the intricacies of the Talmud and Kabbalah to managing the daily stresses of operating Agriprocessors. A man who went from trying to maintain a religiously observant home to keeping a major corporation financially viable and legally compliant. A man who went from fighting his evil inclination to fending off attacks from PETA, the unions and, in some cases, fellow Jews.

A man who went from sitting around the Shabbat table with his wife, ten children and multitude of guests, to being incarcerated in a tiny windowless cell, among the most violent criminals. A man who went from looking forward to raising his children and grandchildren to being apart from them for months and facing the possibility of never spending another Shabbat with them again.

His financial security is forever gone and the respect he once received is permanently diminished. His name is dirt and his reputation is destroyed. He is a broken, humbled and shamed man. Given his freedom he will undoubtedly live the most humble life as far from the spotlight as possible. He will be thankful for his freedom and will not gloat about being victorious; he will understand that his freedom is a gift which he must continuously earn. With humility he will take the lessons he has learned about the law and the justice system and teach others the importance of being law abiding citizens and the risks of breaking the law.

Sholom Rubashkin’s experience has shown the public at large the power of the long arm of the law and the potential consequences of criminal behavior.

The correctional purpose of the law has already been served: Sholom Rubashkin has suffered for his crimes. The public is protected from the possibility that, once free, Sholom will ever be involved in criminal activity. And Sholom Rubashkin’s very widely publicized ordeal has surely deterred further crimes on the part of Sholom himself and the public.

It is my sincere hope and prayer that the Honorable Linda Reade considers the physical and mental torment Sholom Rubashkin has already endured, the eternal defamation he and his family have suffered, along with the fact that Sholom will surely disassociate himself from any future crimes, and that the public at large has been deterred from committing criminal acts upon seeing what has become of what once was Sholom Rubashkin – a man of broken body and spirit whose name is forever destroyed and whose life will never be the same.