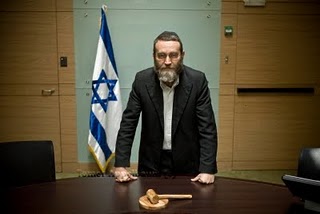 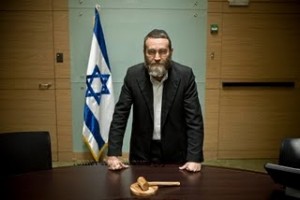 By all accounts, the chareidi community is in the midst of a tenacious attack, one targeting the very essence of the community’s existence, from education to lifestyle. Using the actions of the few, the zealots who are not representative of the community, the lack of respect on Memorial Day, flag burning on Independence Day, and the controversy over the bones at Barzilai Hospital are sufficient to enlist snowballing support against the chareidi community.

In light of the increasing assaults from notables in the media and public spotlight, Yahadut HaTorah MK Moshe Gafne has become the major defender of chareidim, on Thursday literally taking to the airwaves in his fierce unapologetic tone, defending the honor of Toras Yisrael and a lifestyle that yearns for kedusha and adherence to Torah and Mitzvos.

Appearing on Israel’s Radio’s Its All Talk program hosted by Ayala Hasson, Gafne  engaged in a heated debate with former Shinui Party Minister, Yosef Paritzky, only to be ousted by the party leader and founder Tommy Lapid. While Paritzky was dumped by the late Shinui Party, his disdain for chareidim remains alive and well, unscathed by the harsh political realities that ousted him from his senior post.

Gafne did not hold back, attacking Shinui and the hate campaign launched against chareidim in recent weeks. He added that a law exists, passed during the Olmert administration, that permits chareidi schools not to teach the ‘core subjects’ so in essence, what exists today is indeed in line with state law. He pointed out that the law passed and the secular press remains silent. Suddenly, when the bill dubbed the Nahari Bill passed into law, providing funding for chareidi mosdos, the beast was awakened and the media frenzy against chareidim began.

“The media and judicial systems are primarily controlled by the leftists. I know exactly what instructions are given to journalists covering the Knesset receive from their editors, the scoops they must bring back to report on as the chareidim come under fire” added Gafne.

Paritzky did not remain silent, questioning why chareidim in Brooklyn can be physicians, educators and economists – at times learning several languages, while “in kehilos hakodesh Bnei Brak, one must be an ignoramus”.

The debate continued and each side clung to its beliefs, with the chareidi bashing remaining big news nationwide without any sign of it letting up anytime soon.