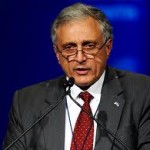 Carl Paladino’s visit to Boro Park should be mandatory teaching in graduate schools across New York of how to guarantee that your candidate loses the Orthodox Jewish vote. It went so poorly that Paladino’s campaign manager even offered to resign. To prevent this from happening to another naïve political operative, we at Jewish Politics proudly introduce you to: “5 Things Politicians Should Never Do In Boro Park.”

1- Don’t take a fringe Rabbi with you. When you go to Boro Park you have two options: you can either bring one of a handful of mainstream Rabbis with you (mainstream means that the Rabbi has at least 1,000 followers; not like the Rabbi who Paladino brought who on a good day has a minyan of ten followers). Alternatively, you can bring one of only two influential elected officials in the community: Assemblyman Dov Hikind or Councilman David Greenfield. They’re pros who would have never allowed the visit to spiral out of control. By showing up with a fringe right-wing Rabbi, Paladino essentially guaranteed that Boro Parkers would not take him seriously and turned his visit into a side-freak show.

3- Don’t insult their Rabbis. Paladino read from a prepared statement where he insulted two prominent rabbis in two ways: 1. He did not refer to them as “rabbis,” he simply referred to them by their name. This is a cardinal sin in a place where even the elderly are referred to by venerated titles. 2. He accused them of selling out for supporting a candidate who doesn’t oppose gay marriage. He should have read rule # 2. Or even rule # 1. An insider would have explained that the Rabbis supported John Heyer for City Council instead of Brad Lander to prove that they control votes – NOT to win the race. In fact, the Rabbis were offended by Brad Lander’s overall liberal political views primarily because of his extreme left-wing views on Israel (Lander is of the Soros/J-Street/Peace Now persuasion). They weren’t trying to win a race, they were trying to send another local politician (Assemblyman Dov Hikind who had endorsed Brad Lander) a message. The Rabbis sent their message: Heyer won 85% of the votes in Boro Park.

4- Boro Parkers are NOT amish. Everything you say WILL be recorded. There are more cell phones, digital recorders and flip video recorders in Boro Park per capita than any other place in the world. This is because there is no religious prohibition on these items, but there are on other items like televisions. As a result, Boro Parkers compensate on banned items by having more of the permitted gadgets than anywhere you will ever visit.

5- NEVER campaign in a synagogue. Boro Parkers treat synagogues as the holiest of holiest places. Any kind of conversation, other than prayer or studying torah, is strictly prohibited. That is why politicians coming to Boro Park only go to a synagogue to receive a rabbi’s blessing – never to campaign. If a politician is campaigning they are doing so in a rabbi’s home (usually his study). Another reason to stay away from synagogues – they have mandatory separate seating areas to prevent men and women from socializing while praying (although they routinely mingle outside of synagogue where there are no prayers). You can never bring a woman into a men’s section or a man into a women’s section. Seeing as how most politicians come during a weekday when traditionally only men are attending synagogues (as opposed to Shabbos when men and women are attending) you will only frustrate your female staff and the reporters following you around because they will not be allowed in the men’s section.

Jewish Politics is a new opinion column by veteran political strategist Daniel Miller. The views and opinions reflected herein are solely of Mr. Miller and are not necessarily those of Yeshiva World News.

Have you checked out YWN Radio yet? Click HERE to listen!.