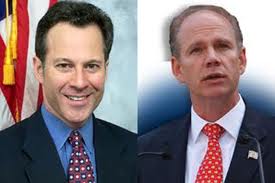 Initial reports are indicating that Boro Park & Flatbush voted for Donovan by overwhelming margin of 3 – 1. This is a significant victory for many of the newer non-establishment mosdos who endorsed Donovan over the more established organizations and elected officials including Congressman Jerry Nadler and Assemblyman Dov Hikind both of whom supported Schneiderman.

This would be another major race in the community where the Hikind endorsed candidate has lost by a significant margin in the Jewish community. Of course, the actual race for Attorney General is still too close to call.