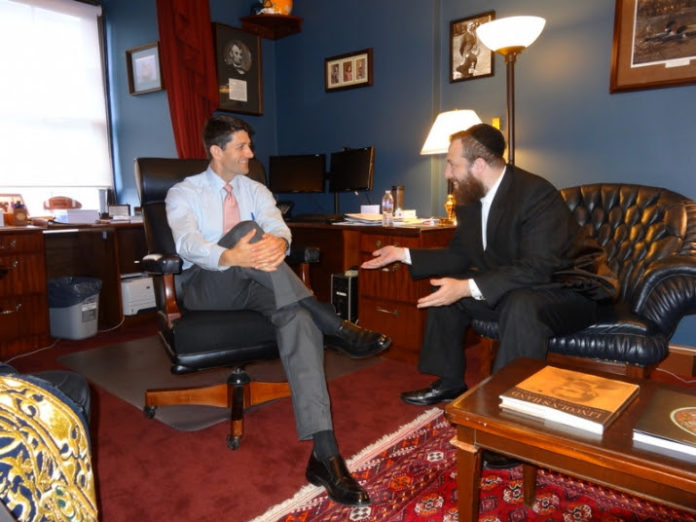 It’s summertime and once again the headlines are sizzling, this time with unfortunate news from within our own community in Lakewood New Jersey. As always, this forces us to do some soul searching, a cheshbon hanefesh if you will, hopefully with positive results. I am not here to comment on the particulars of this specific case or on the alleged misdeeds pertaining to government funded programs. I’m just offering a fresh perspective.

Everyone seems to have a strong opinion about the issue at hand, but really isn’t this all about a larger issue? Isn’t this just a small piece of the bigger conversation about the sustainability of our community? About creating affordable living, parnassah opportunities, and providing our children with a reasonably priced Torah education? Ultimately, these matters are not for us to decide but for our Rabbonim and Roshei Yeshiva – our da’as Torah — to guide us.

My purpose here is to respond to those who criticize and attack the fundamental integrity and trustworthiness of our community. And to point out how we, the Orthodox Jewish community, contribute to the societies in which we are living.

In no way am I condoning or justifying any illegal activity or misuse of government funds. I am merely suggesting that we, the people, have a right to critique how government policies are formulated and how laws are passed when we feel they are not being fair. As a Government Affairs consultant, I often have a front row seat from which I can observe the policy makers at work. Our laws are not G-d given from Sinai. They are formulated by mere mortals, and as such are sometimes imperfect and unfair.

What I find particularly objectionable is the wholesale condemnation and degradation of our community and its infrastructure. It’s an undisputable fact that the Orthodox Jewish community creates a level of vibrancy in every geographic area they inhabit. We bring with us a flourishing economy in terms of housing, retail, job opportunities, industry, commerce, and investment opportunities. This is true across the board and the level of wealth and value increases for everyone in the area.

Yes, there are perhaps those among us who enjoy a sense of entitlement and often allow for overcrowding because of poor planning in developing certain areas. And yes, there will always be those who bemoan the transformation of rural and peaceful areas with urban density and all the quality life issues that come along with it.

But the fact is that demographic changes happen all over. And communities change character. That’s a fact of life. It’s also a fact that a property bought decades ago for a paltry sum can now be sold for millions in areas where the Orthodox population is growing. And yet, those who are taking advantage of these opportunities are often the first and the loudest to complain about our community. At the end of the day, the economic boon to the area is indisputable and benefits everyone in one way or another.

Now to the issue at hand. By and large, our community is a net contributor. What do I mean by that? For starters, we don’t avail ourselves of public financing for our children’s education. In the tri-state area alone, hundreds of thousands of children are being educated without costing the taxpayer a dime. While there are, of course ancillary expenses, mostly in the realm of transportation and special education, in general the burden of paying for our children’s education rests upon us.

Let’s take this a step further. We have an endless array of volunteer and non for profit charitable organizations, a huge network of humanitarian aid that reflects our commitment to the most vulnerable in our community. All of this is being funded privately and not with government funds. Yet this is never properly acknowledged by government.

I recall a conversation I once had with Paul Ryan who was then the Chairman of the House Budget Committee and is today the Speaker of the House. We were engaged in a friendly debate about the SNAP food stamp program. At the time a proposal was being debated to decrease benefits. I suggested to him that members of our community, by virtue of our lifestyle, are having difficulty making ends meet and many rely on public assistance for sustenance. I explained how we are a ‘net contributor’ because we don’t take advantage of the public school system. . Often government allocates tens of billions of dollars to an aircraft carrier that will never be used, cancelling out any perceived ‘waste’ within social program. Perhaps they should consider this when deciding whether to direct funding to American families who are struggling to survive but may not be entitled to programs simply because an uninformed Congress has passed legislation that doesn’t make sense

Today we are faced with condemnation from every segment of society, and the anti semites of the world are smacking their lips with glee. But as someone who is aware of how public policy is formulated, let me present a different perspective. Perhaps it’s time for lawmakers to consider allowing struggling families in a slightly higher bracket to avail themselves of social programs if only because they do not make use of public education and other public services.

Let’s be more proactive in presenting our arguments. Let’s put the facts on the table, if only so that we won’t be viewed as an ‘insular’ community whose objective is to ‘rip off’ the government. Instead, let’s tally up the numbers. If we consider how many dollars we are contributing to the government, including high property and related taxes, as opposed to how many benefits we are receiving, it paints a whole different picture. The numbers don’t lie. They speak for themselves.

The conversation needs to be revisited, and perhaps a coalition should be built. Our laws are manmade and that means they can be remade when necessary. Because right now we are dealing with a very difficult situation where families who are legitimately in need can potentially be in fear of applying for funding. An entire community may now be treated as common criminals based solely on their dress, their zip code, and their appearance because of the negative fallout and the blanket condemnation of many in government and the authorities. And that’s unfair as well as un-American.

Government officials are not immune to public perception. They are out there. Laws and regulations are passed reflective upon the norms and behaviors of society itself. What was unacceptable ten years ago in now fashionable, and vice versa.

We have a fundamental responsibility to engage the opinion makers as well as the man on the street about the inherent goodness of our community. Let us not cower in fear. Instead, let us present the truth. Yes, we are in golus and our behavior should reflect that reality. But we are as American as apple pie and as such we should exercise our rights and engage in the democratic process.

We owe it to ourselves, to our children, and to our community, especially those who are struggling to survive.

Ezra Friedlander is CEO of The Friedlander Group a public policy consulting firm based in NYC and Washington DC.  He can be reached at[email protected] and on Twitter at @EzraFriedlander.