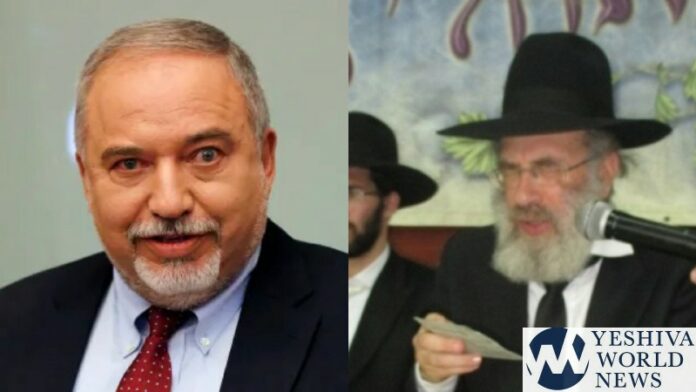 HaRav Baruch Dov Diskin, Rosh Yeshiva of Orchot Torah in Bnei Brak, has refused to marry the son of Yisrael Beiteinu leader Avigdor Lieberman, Amos Lieberman. Amos is a student in the Yeshiva, lives a Chareidi life, and has built a close relationship with Rabbi Diskin. However, Rabbi Diskin issued a letter to Amos stating that, in spite of reports to the contrary, he was never intending to officiate Amos’ wedding because he is registered as a Rosh Yeshiva and not a Mesader Kedushin.

Sources close to Rabbi Diskin pointed to a different reason for the refusal and told Israeli media that Rabbi Diskin cannot officiate the wedding because it would appear to be a recognition of Amos’ father Avigdor, whom the overall Charedi community has painted as a true enemy.