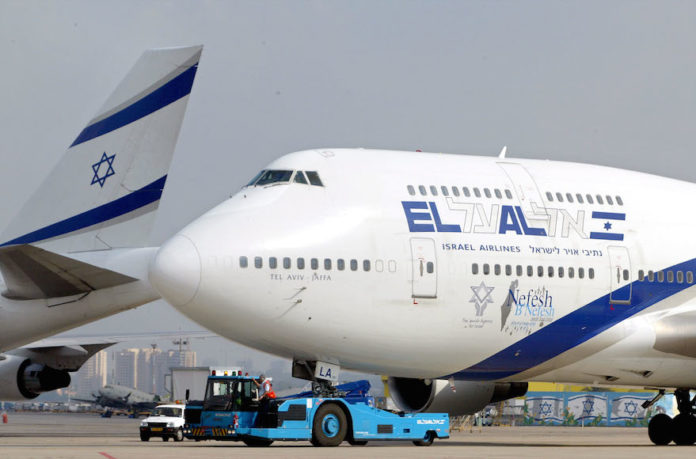 Following the publication of a compensation package deal that the airline El Al had offered to passengers of flight LY002 from November 22nd last year, attorneys representing the airline announced that the compensation would now be canceled. The cancelation came on Tuesday just one day after Israel Hayom newspaper reported the deal.

According to the deal, each of the religious passengers who disembarked from the plane in Athens in order to not desecrate Shabbos, would be offered 2,152 NIS or $609. According to the affected passengers, this sum would not cover the amount of the secondary flight that they all needed to purchase in order to return from Greece to Israel on Saturday night.

On Tuesdays, the passengers who were set to receive compensation instead received a letter saying: “El Al’s attorneys have announced that the deal is canceled.” The letter blamed the cancelation the  publication of the compensation package by Israel Hayom.

A significant portion of the passengers criticized the agreement. “Forgive me, but we’re not stupid and El Al, unfortunately, is not stupid either,” one passenger told Israel Hayom. “Tell the truth, does anyone think for a second that this will be kept secret? El Al knew this as well. Why can’t we publicize this? Is it confidential security information? El Al knows that this sum is an embarrassment for them…they want to finish this business as if they were thieves at night.”

He continued: “I don’t want any money! I want an apology and a correction of the desecration of G-d’s Name that they caused with their accusations and slander of an entire group of people, which they made collectively and in order to improve their standing and abuse the public’s naivete so that they wouldn’t lose and would be able to retain the upper hand.”

Flight LY002 had been scheduled to depart New York’s JFK airport at 6:30 p.m. on Thursday, November 22nd, 2018. However, after the crew was remarkably late, the plane took off several hours behind schedule and instead of landing in Israel early on Friday morning, the captain alerted the passengers mid-flight that they would only be landing after Shabbos had begun in Israel. Originally, the crew had promised passengers that the plane would still arrive in Israel before the beginning of the Sabbath. Once it became clear that this was not the case, the flight’s roughly 180 Orthodox Jewish passengers were allowed to disembark at Athens during an unscheduled stopover in Greece. They spent Shabbos in Athens prior to returning to Israel on a different flight after Shabbat ended Saturday night.

After Flight LY002’s arrival in Israel, on Shabbos, the religious passengers who had disembarked in Athens were accused of attacking the flight crew ad El Al’s spokesperson announced the information on Shabbos while religious Jews could not retort.

When the El Al flight landed in Israel, words spread that the flight’s religious passengers became violent and attacked the flight crew. The “fake news”, which El Al encouraged, was completely false.

After religious passengers sued the airline for $2.5 million and demanded a public apology, El Al announced it would compensate the passengers with free roundtrip tickets to Europe.

However, 52 passengers turned down the offer and brought a class action lawsuit against El Al demanding a sum of $102,883 or $1,982 to each passenger in compensation.