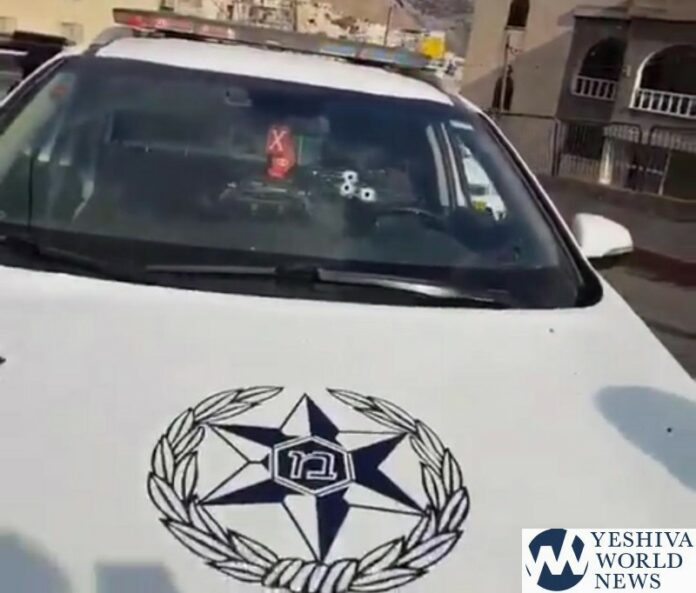 The deputy head of the Hamas terror organization told reporters that Hamas would be willing to discuss trading prisoners with Israel if Israel would be willing to meet their asking price. As of now, there have been no discussions or meetings regarding a deal being made.

After Shabbos ended IDF forces located and destroyed a drone that had flown from the Gaza Strip into Israeli airspace.

Arabs in the town of Dir al-Asad fired shots at a police car that was patrolling the city. No injuries were reported but Prime Minister Binyamin Netanyahu vowed to investigate and find the perpetrators stating that firing against police will not be tolerated.

A 34-year-old man was moderately injured after a paragliding device crashed into vineyards near Latrun. The accident occurred in close proximity to Highway 3.

A 35-year-old man was seriously injured in a car accident that took place on Highway 6 near Nitzanei Oz.

A 40-year-old man was seriously injured when an ATV flipped over in a field in the area of the regional council Zevulun.

An 8-year-old boy was moderately injured when the gate of a Yeshiva collapsed on him in the Moshav of Komemiyut. United Hatzalah volunteer EMT David Weinberger who lives near the area and was one of the first responders at the scene relayed after Shabbos: “According to passersby, the steel gate of the Yeshiva fell on the child causing him serious abrasions, contusions, and lacerations. Together with other EMS personnel, I treated the boy at the scene before he was taken to Soroka hospital.”

MK Gideon Sa’ar from the Likud issued was interviewed on channel 12 news on Motzei Shabbos and said that Netanyahu will not be able to form a coalition in the next two rounds of elections should they be needed. He urged the Likud leadership to hold immediate primaries. He also said that Netanyahu’s attempt to call the indictment against him “An attempt to change leadership” is irresponsible and aims to destroy the legal system that Israel is based upon.

A statement issued by the Likud leadership in response said: “The head of the Likud party is Prime Minister Binyamin Netanyahu. He brought the Likud 32 mandates worth of votes that all have his name written on them as being the head of the party. It is sad to see that MK Saar shows a complete lack of loyalty and he is always ready to undermine the Prime  Minister as is his usual habit.”