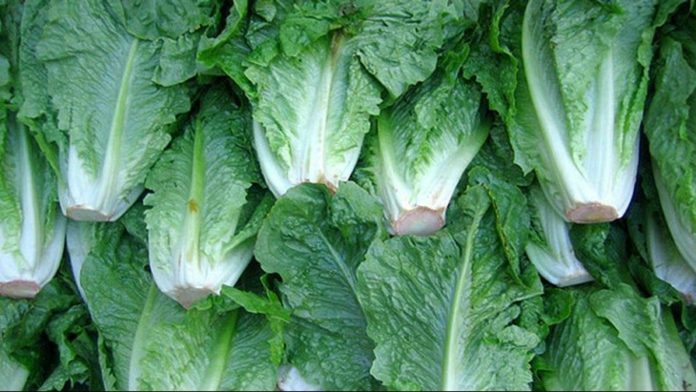 An outbreak of E. coli cases linked to romaine lettuce grown in Salinas, California, now has spread to 23 states, the Centers for Disease Control and Prevention said this week.

The CDC says there were 102 confirmed cases of people becoming ill after eating the lettuce, up from 67.

No deaths have yet been linked to the infections, but 58 people did require hospitalization, the CDC said.

According to the CDC website, the first case traced to the outbreak occurred Sept. 24, but the bulk have occurred this past month. The agency issued an initial advisory Nov. 22.

At least seven people in New Jersey have now been sickened after eating Romaine lettuce tainted with E. coli as the nationwide outbreak topped more than 100 cases in the latest report.

The new cases in New Jersey are in Atlantic, Burlington, Camden, Cumberland and Ocean counties according to state health department spokeswoman. The first New Jersey case originated in Camden County.

Most often, someone who becomes sick will have symptoms such as dehydration, diarrhea and fever. People generally recover within a week.

The CDC last month advised consumers not to eat any romaine harvested from Salinas, California, including whole heads of romaine, hearts of romaine and packages of precut lettuce and salad mixes which contain romaine, including baby romaine, spring mix and Caesar salad.

If consumers have romaine at home, they should look on the label or packaging to determine where the lettuce was grown, the CDC said. If it’s indicated the lettuce was grown in Salinas – or if it isn’t labeled with a growing region at all – public health officials are urging consumers not to eat it and to throw it out.

‘See You In Court’: ACLU Files Nearly 400 Cases Versus Trump

COVID-19 Testing Lab Will Be Opened At Ben-Gurion Within Weeks, Report...