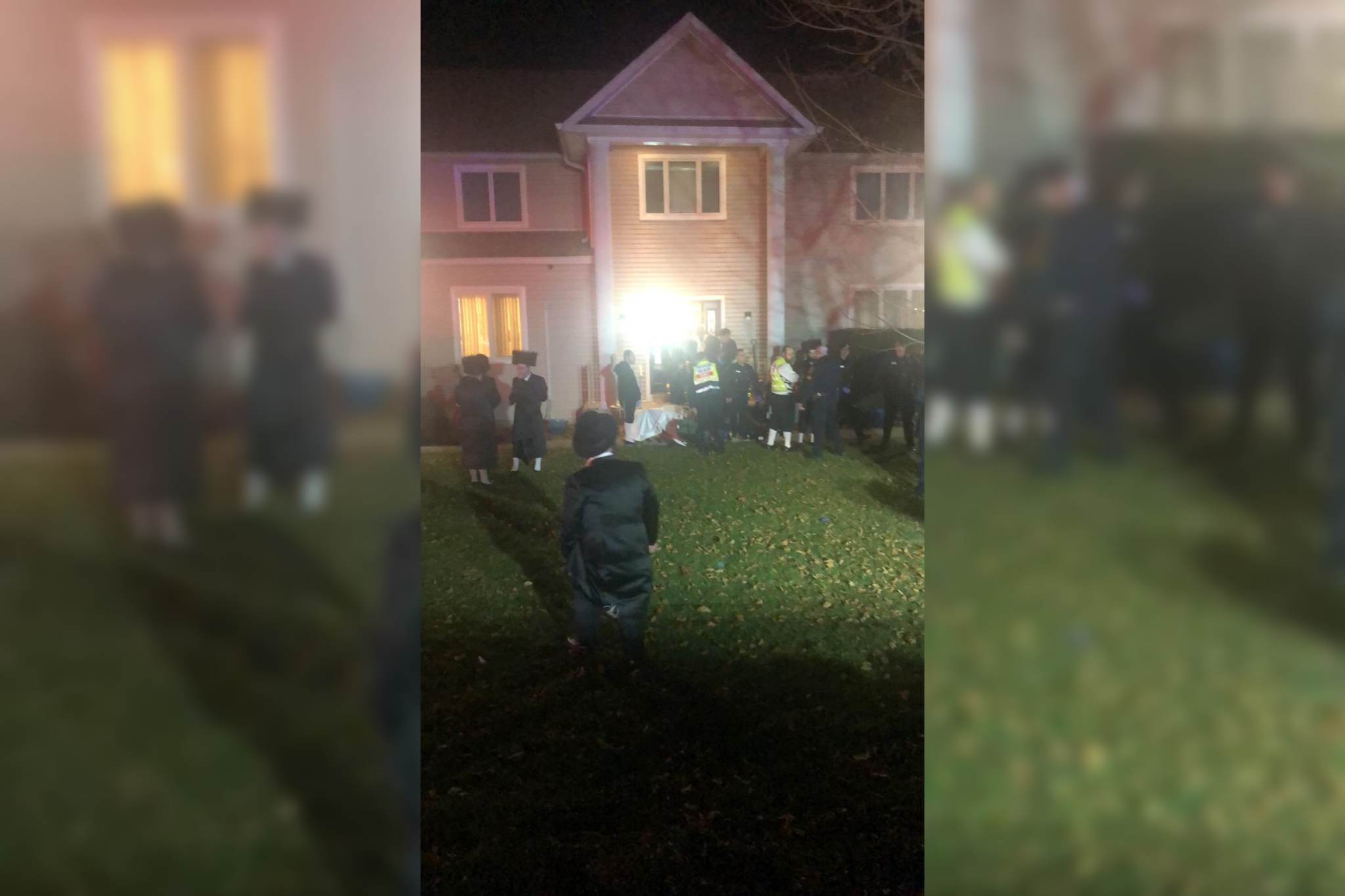 Multiple victims were stabbed at a Motzei Shabbos Chanukah party at the home of the Kossoner Rebbe in Monsey.

Five victims were stabbed by a black man armed with a machete after he walked into the home of the Rebbe (Rabbi Rottenberg), which is adjacent to his Shul in the Forshay neighborhood of Money.

Eyewitnesses tell YWN that the suspect fled in a vehicle and did not say anything before going on his rampage.

Hatzolah transported the victims to the hospital – one of them is in critical condition with a stab wound to the chest.

At around midnight, the vehicle was located in Harlem, NY, and a suspect was taken into custody.

Police sources tell YWN that the vehicle came over the George Washington Bridge into NYC at 11:02PM.

The vehicle is registered to a Greewood Lake address. Police reportedly also have the father of the suspect and are talking to him.

Chaveirim of Rockland responded to the scene as well.

Eyewitnesses tell YWN that people in the house threw multiple tables and chairs at the attacker while he went on his rampage.

He eventually left the home and attempted to gain access to the Shul. Thankfully, after hearing the screaming from the house, people in the Shul had locked the door.

Unable to gain access to the Shul, the suspect ran to his car and fled. Thankfully, someone chased him to his car and wrote down the plate number which resulted in an arrest two hours later in Harlem.

The attack appeared to be the latest in a string targeting Jews in the region, including a massacre at a kosher grocery store in New Jersey earlier this month and comes on the heels of EIGHT anti-Semitic attacks reported throughout New York City during Chanukah

Investigators cordoned off the large home on Forshay Road yellow crime scene tape as of 3 a.m. Onlookers gathered nearby and watched as officers collected evidence and worked to determine what occurred hours earlier. A number of police and emergency vehicles also remained at the scene.

SIGN UP NOW TO RECEIVE THESE UPDATES IN LIVE TIME VIA WHATSAPP?

Aron Kohn, 65, told The New York Times that he was inside the house when the stabbings occurred.

“I was praying for my life,” said Kohn, 65. “He started attacking people right away as soon as he came in the door. We didn’t have time to react at all.”