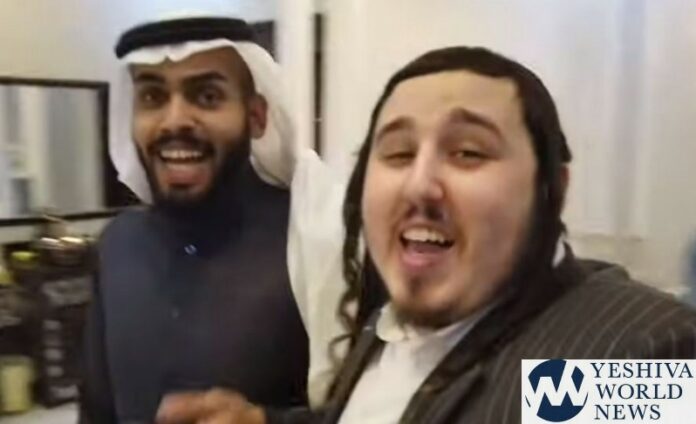 Ami reporter Shloime Zionce recently traveled to Saudi Arabia and visited blogger and Twitter influencer Mohammed Saud at his home in the capital city of Riyadh.

Zionce, a Breslover chassid who visited Saudi Arabia in his role as a journalist for Ami magazine, gave Saud, a lover of Israel, a likeness of the city of Jerusalem with the passuk אם אשכחך ירושלים תשכח ימיני engraved on it – quite an ironic gift for a resident of Saudi Arabia, which still denies entry to Israeli citizens.

Saud prepared snacks and drinks that he knew were kosher for Zionce and interestingly, Saud opened up his bottle of Coke and made an almost perfect birchas Shehakol before drinking it.

“I hope that one day we’ll walk down the street together in Riyadh and take a direct flight to Tel Aviv,” Zionce said. “If the world had more people like Mohammed Saud, the world would be a much much better place.”