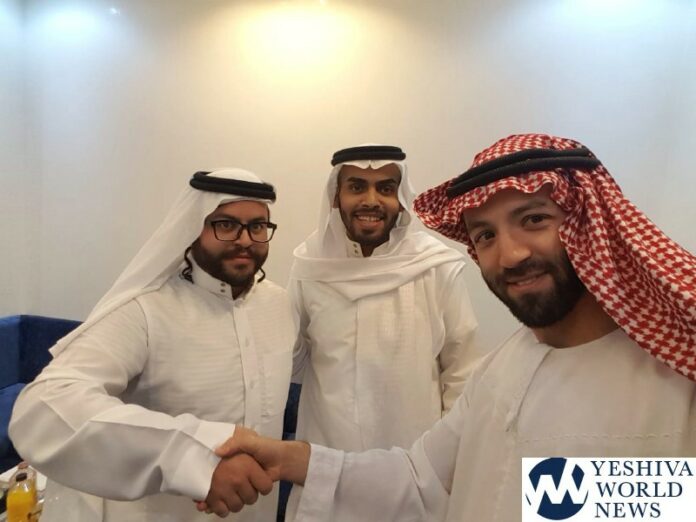 Two Israeli Chareidim recently went on a visit to Arab countries and on the way they made a quick stop in Riyadh, the capital of Saudia Arabia, where they met the famous Saudi Arabian blogger and Twitter influencer Mohammed Saud.

Avi Goldstein and Benny Vexler visited Saud in his home, where he welcomed them and served them food and drinks they could eat (fruits, vegetables, juice). They also sang chassidic and Hebrew songs together. Saud regularly posts videos of himself singing Hebrew songs on his Twitter account.

Goldstein and Vexler told B’Chadrei Chareidim: “With the help of social media, Muslims throughout the world suddenly discovered that Jews aren’t anyone’s enemies and are definitely not the Muslims’ enemies.”

“It’s a dream that came true. Who would believe that Israelis would openly visit Saudia Arabia, walk around there like princes and be hosted in the home of a courageous young Saudi Arabian who wants and dreams of peace, even in the Middle East.”

“In the beginning, it didn’t even seem real. The chance of this happening was zero but thanks to Saud, our dream was fulfilled. We were pinching ourselves to make sure it was really happening. ‘We’re really in Saud’s house in Riyadh.'”

Goldstein and Vexler also described their experience in Saudi Arabia to B’Chadrei Chareidim: “We traveled around Riyadh in an extremely luxurious cab, something you don’t usually see in Israel, a cab of princes. We were talking together in Hebrew during the ride.”

“At one point, we suddenly heard a Hebrew song on the radio – a song about the letters of the Aleph Beis. We didn’t understand how we could be hearing this song on the radio in Riyadh and then we saw the driver laughing. He told us that he realized that we’re probably Jews but he wasn’t sure so he put on a song in Hebrew to see our reaction. Judging by our reaction, he realized we were Israelis.”

“He said that he doesn’t have a problem with Jews but he has a problem with Israel because Israel kills innocent people. We argued with him the entire ride, we told him it wasn’t true. When we got out of the cab, it was only then that we realized that it was like a dream – arguing with a Muslim cab driver in the capital city of Riyadh. It truly seems and sounds delusional, especially since the argument was about Israel and the Palestinian conflict.”

Saud’s name has become more and more well-known in the past year. He’s a young courageous Saudi who loves Israel and Jews and is an ardent fan of Prime Minister Binyamin Netanyahu. He also identifies with religious Jews and recently attacked Yisrael Beiteinu chairman Avigdor Liberman on Twitter when he incited against Chareidim in Israel.

This past July, Saud visited Israel as part of a delegation of journalists and bloggers from Arab countries, where he had the opportunity to meet Netanyahu when the prime minister hosted the delegation in his office. While there, Saud showed his support for Israel by singing a song in Hebrew. The delegation also met with Foreign Minister Israel Katz.

Unfortunately, Saud’s trip to Israel wasn’t entirely pleasant. When he visited Har Habayis and the Old City, he was assaulted by a group of Palestinians who are offended by his support for Israel and the Jews.

You can see more images from their trip around the Middle East on the Instagram account of Avi Goldstein. 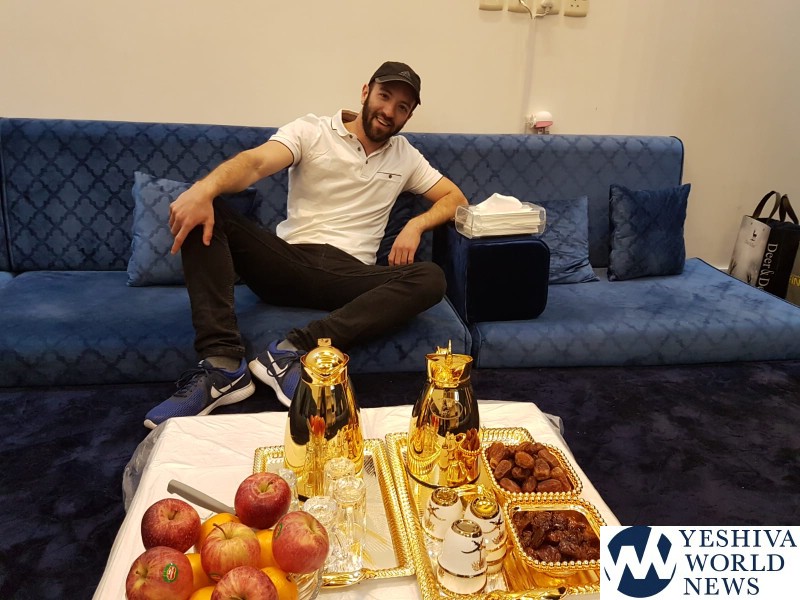 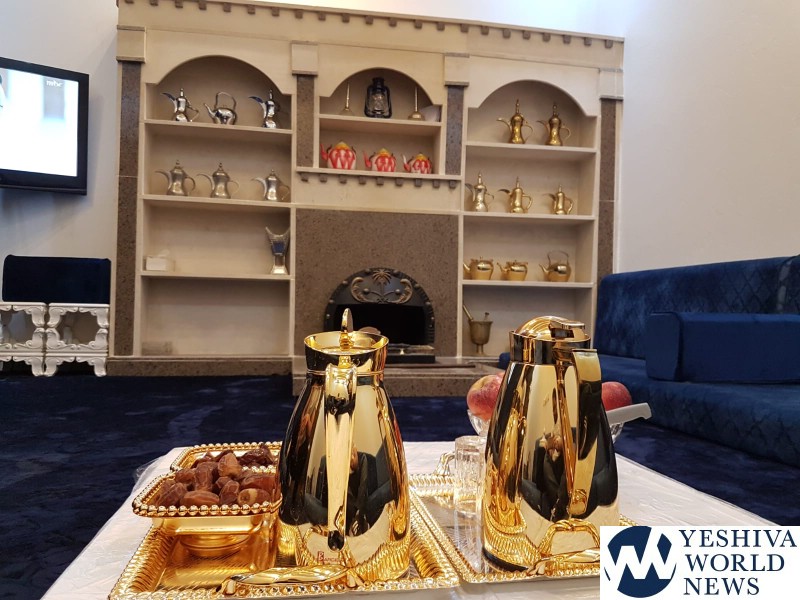 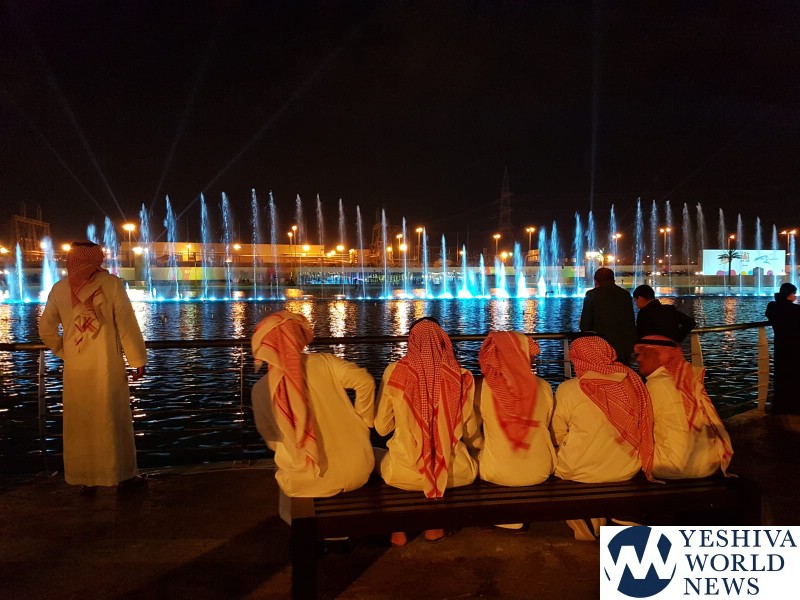 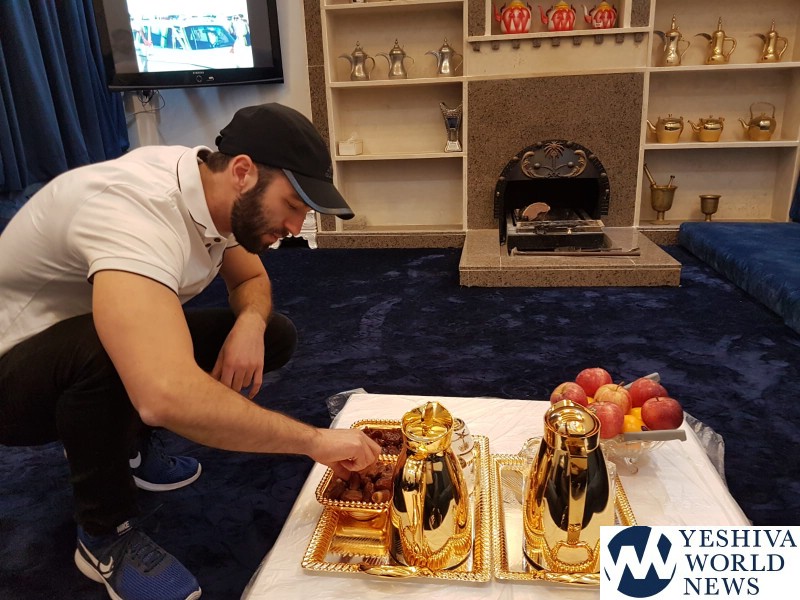 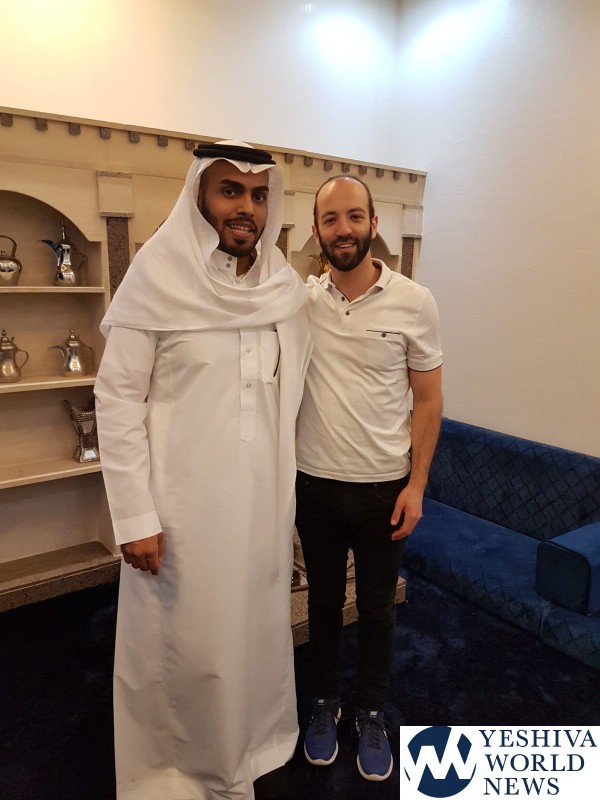 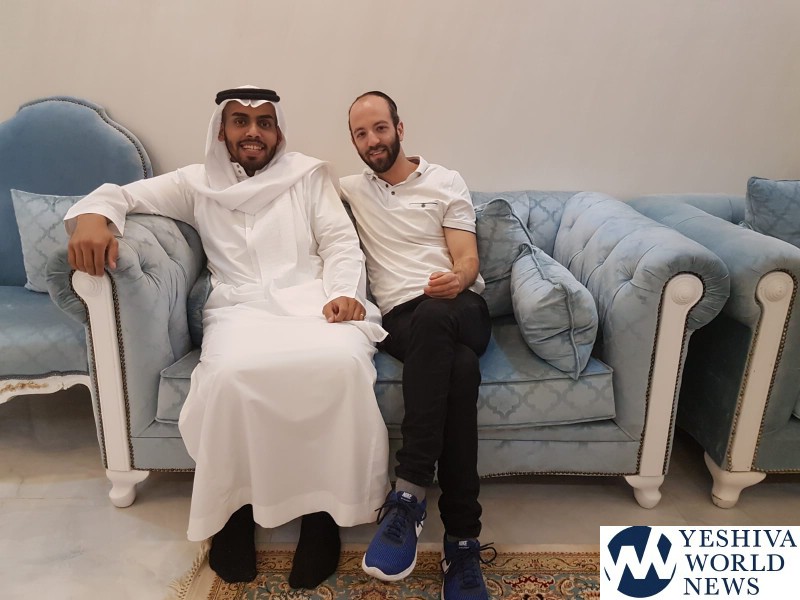 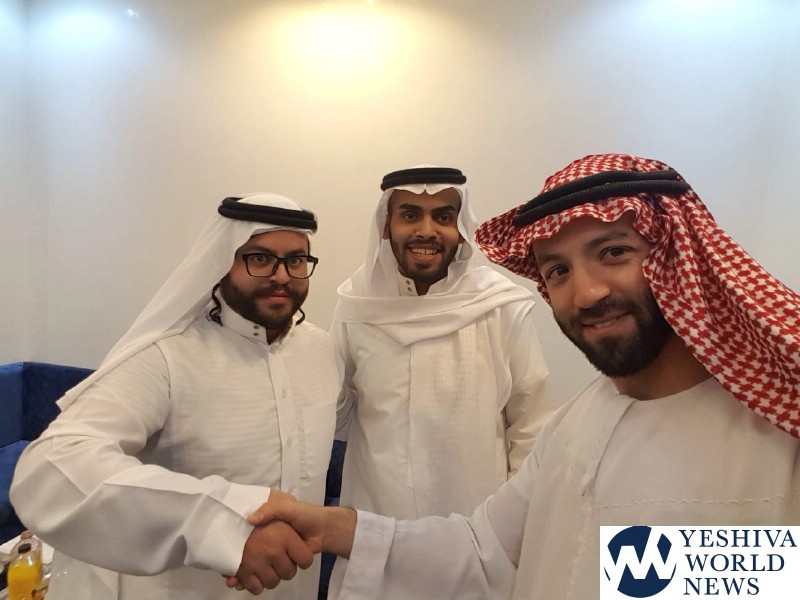 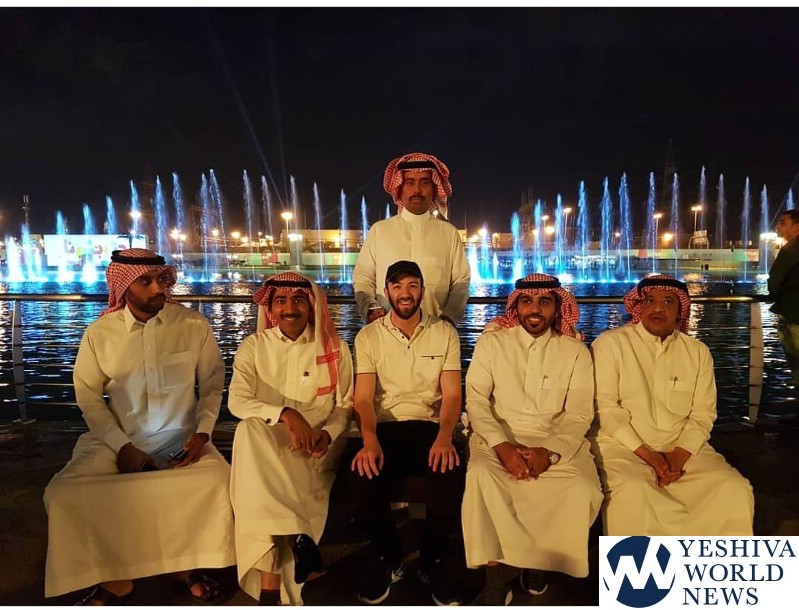 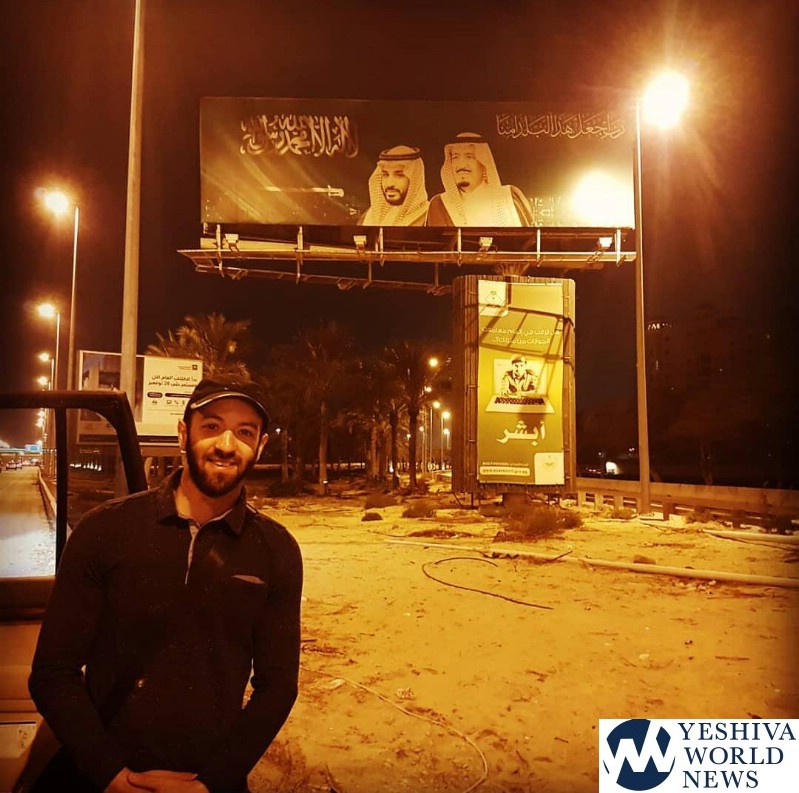