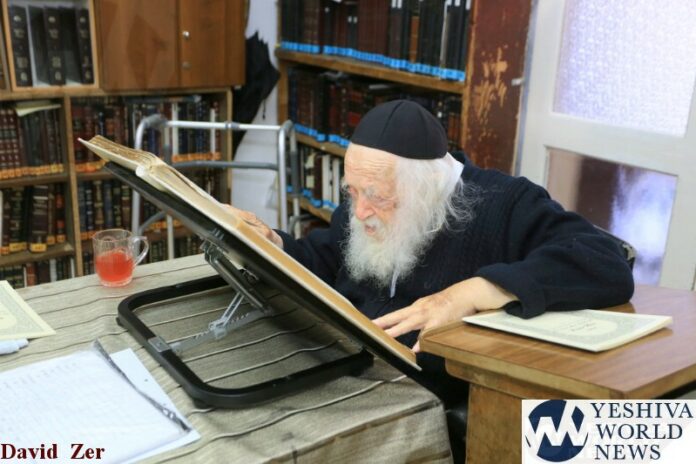 The following letter was written by Rav Chaim Kanievsky Shlita regarding protection from the Corona Pandemic. It was translated and annotated by Rabbi Yair Hoffman for the 5TJT.com.

Regarding the concern of transmission of the Corona Virus Pandemic

They must further strengthen themselves in the midah of humility and to be maavir al midosav (let things slide) as the pirush  haRosh on the side of the page says explicitly in the end of Horios [14a],

The Gemara explains that this is not just theoretical.  Rav Yosef was a Sinai; Rabba was one who uproots mountains. They sent a message from Bavel to Eretz Yisrael: Which takes precedence? They sent in response: Sinai is preferable, as the Master said: Everyone requires the owner of the wheat, i.e., one who is expert in the sources. And even so, Rav Yosef did not accept upon himself the appointment of head of the yeshiva. Rabba did accept it upon himself and he reigned for twenty-two years, and then Rav Yosef reigned. The Gemara relates that in all of those years that Rabba was in charge, Rav Yosef did not even call a bloodletter to his home. Rav Yosef did not assume even the slightest authority, in deference to Rabba.

The Rosh explains in the name of the Ramah that since Rav Yosef lowered himself and did not wish to lord over Rabbah, his humility protected both him and his household members that not any of them became ill all of those years that Rabbah ruled and even an expert bloodletter was not needed to be called to his home.

Whoever strengthens himself in these the merit will protect him and his family members that not one of them will be sick.