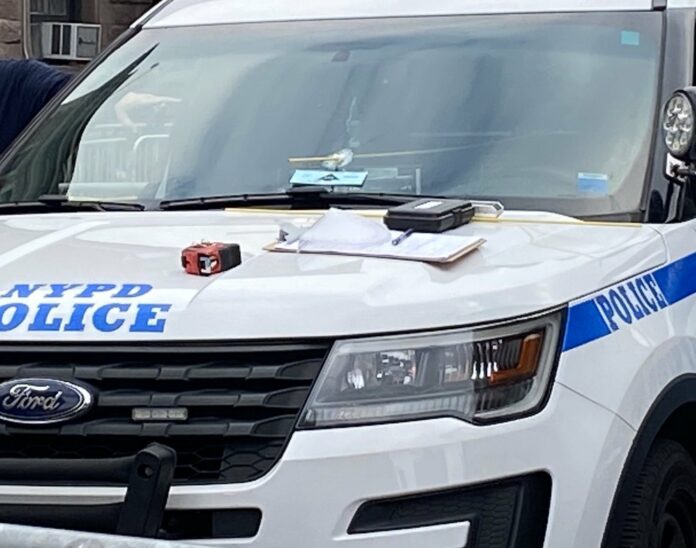 Police are investigating a bullet that struck the windshield of a marked NYPD vehicle with two officers inside.

It happened outside the 40th Precinct on Alexander Avenue and E138th Street in the Bronx.

The bullet ripped through the windshield & into the divider between the back seats – missing both officers by inches.

No arrests have been made and an investigation is ongoing.

Meanwhile, in other anti-police violence in NYC, a man pointed a gun at cops in Queens, while another threw a lit firework into an NYPD vehicle in Brooklyn.

Thankfully, no one was injured or killed.

This is the environment created and cheered on by Socialist Mayor Bill DeBlasio and his buddies at “Black Lives Matters”.

New York Extends Some Relief For Renters Amid COVID-19