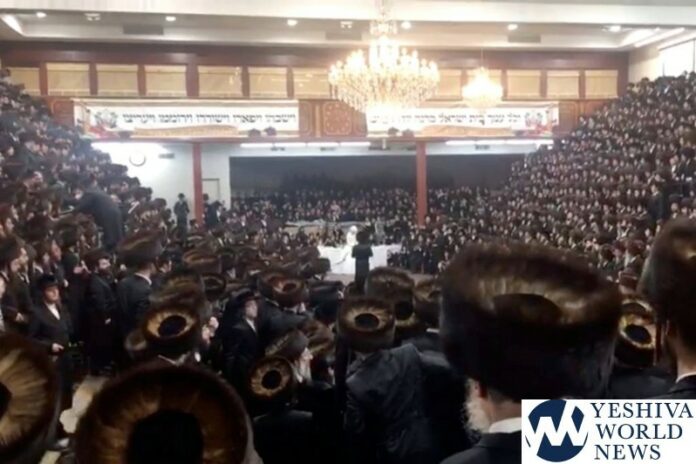 The Satmar Shul that reportedly hosted a secret wedding with thousands of unmasked guests earlier this month is facing a hefty fine.

“We know it was too big. I don’t have an exact figure, but whatever it was, it was too big. There appeared to be a real effort to conceal it, which is absolutely unacceptable,” de Blasio said Monday night on NY-1, adding, “That’s just not acceptable. I mean, we’ve been through so much. And in fact, the Williamsburg community in recent weeks responded very positively, did a lot more testing and was being very responsible. This was amazingly irresponsible, just unacceptable. So there’s going to be consequences right away for the people who let that happen.”

On Sunday, Gov. Andrew Cuomo called the wedding “disrespectful of the people of New York.”

Last month, a wedding by the other Satmar Rebbe, HaRav Zalman Leib Teitelbaum was forced to just allow family members after posters announcing the wedding were leaked to the press causing a firestorm.