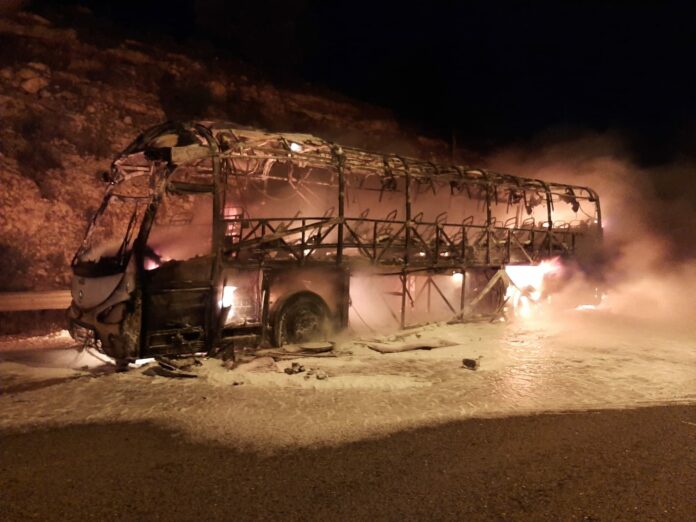 A public transportation bus that left Modi’in Illit on Sunday evening and headed to Jerusalem caught fire and was quickly engulfed in smoke and flames while it was traveling. The passengers were all able to evacuate the bus quickly enough that they did not suffer injuries. Large traffic jams built up in the area as motorists attempted to help or slowed down to observe the burning bus. After a short time, the bus was completely engulfed and burned entirely.

Firefighters who were called to Highway 443 in order to put out the blaze began working to try to save the bus, but in the end, it was a complete loss.

Firefighter Shift Sergeant, Reshef Yaakov Ravizada who arrived at the scene relayed: “We received an alert that a bus had caught fire. The crews that arrived at the scene found the bus already ablaze and knew there was no way to save it at that point. The firefighters began putting out the fire in order to prevent any danger to passersby or of the fire spreading.”

“Two teams of firefighters, as well as volunteer firefighters from Beit Horon were active at the scene and  carried on their efforts until the fire was completely put out.” 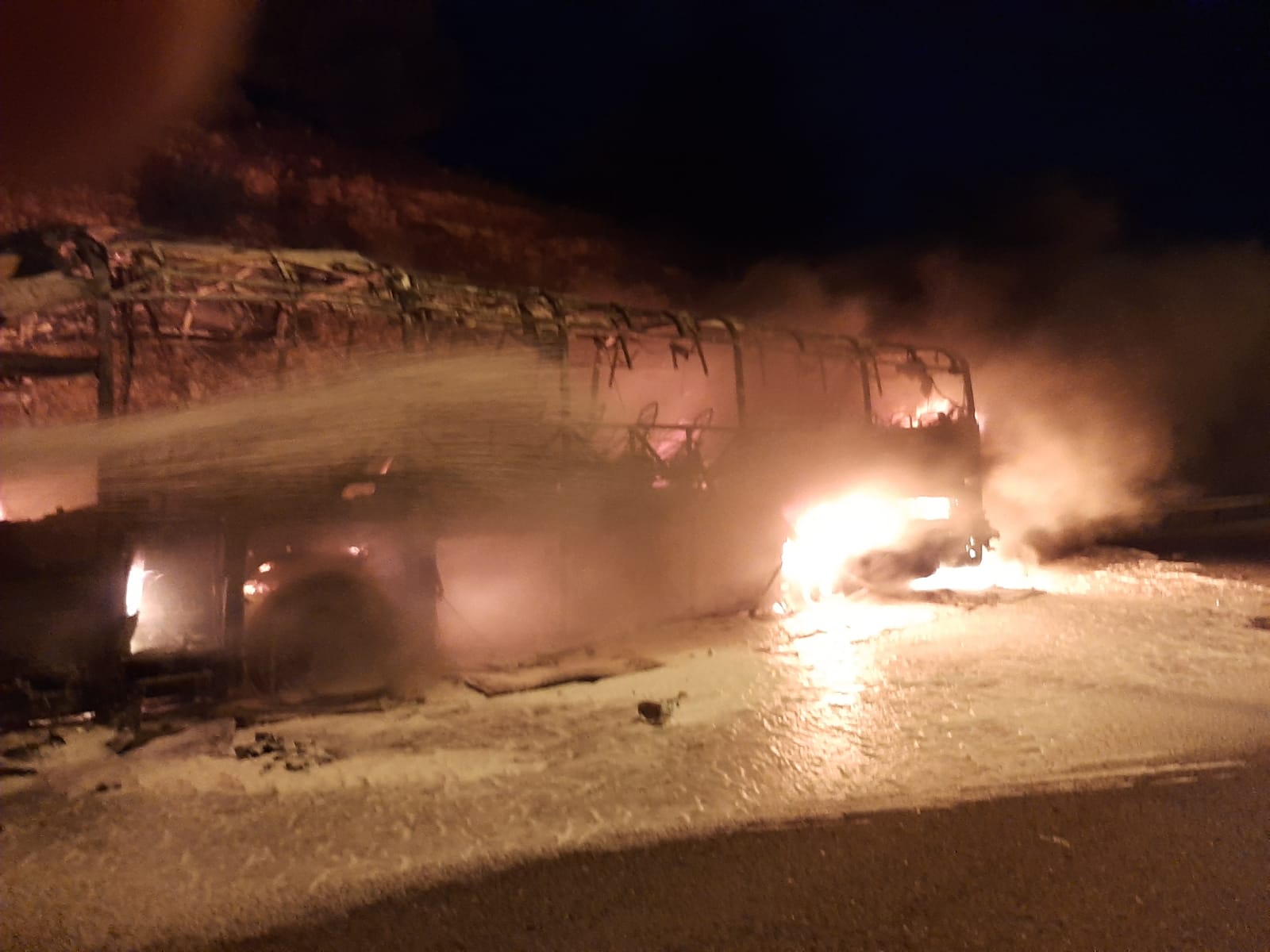